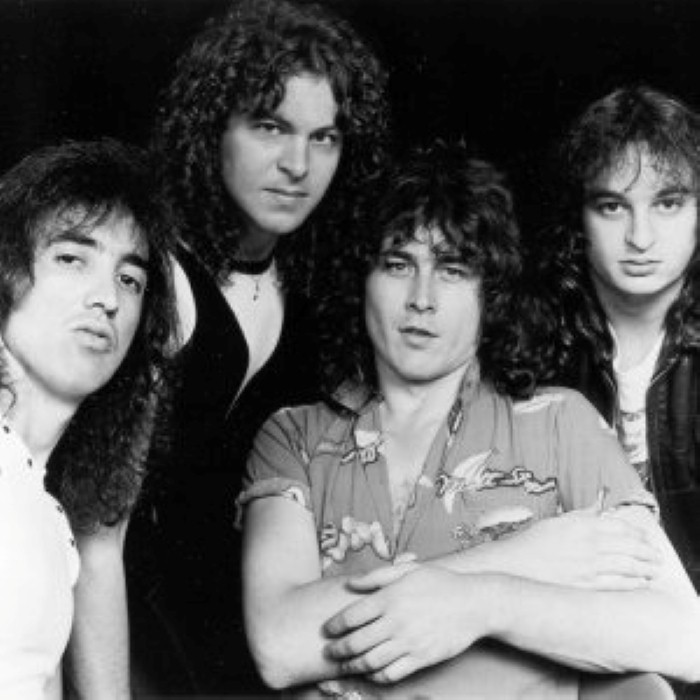 A legendary live band that arguably never managed to translate its electric on-stage intensity into its studio albums, Y&T stood within reach of the Grail of rock & roll stardom many times in their long career -- but through a series of mistakes, bad timing, and sheer bad luck, the ultimate prize always seemed to elude them in the end. Taking their name from a Beatles song, the group was originally formed as Yesterday & Today in San Francisco, around 1973, by vocalist and lead guitarist Dave Meniketti, bassist Phil Kennemore, and drummer Leonard Haze. After stealing rhythm guitarist Joey Alves from a rival band, the group began to gig constantly around the Bay Area, opening for such heavyweights as Journey and the Doobie Brothers, while building a strong local following. They were eventually signed to a contract by London Records, which released their eponymous debut in 1976 and its follow-up, Struck Down, two years later, but dropped the foursome when neither album delivered any hits. Luckily, the band persevered through a few lean years and was duly rewarded with a new long-term deal from A&M Records in 1981, signaling this fresh start by shortening its name to Y&T.

Earthshaker, their first album for the label, came out later that year and was a resounding success, earning Y&T a number of high-profile opening slots with AC/DC and Kiss, and culminating in a memorable performance at the next year's prestigious Pink Pop Festival in Holland. By then, an optimistic Y&T were already recording their next album, Black Tiger, in England with producer Max Norman, who, despite his growing résumé (the Tubes, Ozzy Osbourne, etc.), civilized raging on-stage anthems like "Open Fire," "Barroom Boogie," and "Forever" under a meticulous but somewhat lifeless studio sheen. The LP didn't quite match the acclaim and excitement of its predecessor and, although 1983's succeeding Mean Streak added a livelier sound (courtesy of new producer Chris Tsangarides), and notched a monster international hit with "Midnight in Tokyo," Y&T had yet to make a major impact on the American market, where hard rock and metal were enjoying unprecedented platinum sales from the likes of Quiet Riot, Twisted Sister, and Mötley Crüe.

Y&T's next effort, 1984's In Rock We Trust, was another disappointment by comparison and yielded no hits, but the band's well-received appearance at the 1984 Monsters of Rock Festival at least inspired A&M (whose inexperience for promoting hard rock and metal was becoming increasingly evident) to transpose Y&T's blistering greatest-hits show into the following year's revelatory Open Fire set. And among the live recordings was snuck in a studio track as irresistible and catchy as it was premeditated, called "Summertime Girls," which finally scored a major radio and MTV hit with its unprecedented layers of keyboards and Meniketti's deliberate karaoke on Sammy Hagar and David Lee Roth. Such were the '80s, though, and after being hastily reprised on the band's next studio set, Down for the Count, in late 1985, the song climbed as high as number 55 on the Billboard charts, and landed Y&T more tours opening for the Crüe and Aerosmith, yet ultimately signaled their departure from A&M (the obligatory greatest-hits set, Best of '81 to '85, emerged in 1990).

Of course, Y&T were no strangers to second chances, and when hotshot record executive John Kalodner -- best known for orchestrating Aerosmith's incredible career resurrection -- approached them with a tantalizing offer to record for on-the-rise Geffen Records, the planets seemed to be aligning at last. Unfortunately, the same calculated image and musical overhaul (add hair spray, subtract aggression, equals glam metal heaven) that had worked so well for Aerosmith mysteriously misfired for Y&T on 1987's once again average-selling Contagious (whose title track's video even seemed to have been filmed on the same set as the 'Smith's "Rag Doll"). And the ejection of longtime drummer Leonard Haze to make way for the infinitely cuter (and, to be fair, extremely competent) Jimmy DeGrasso rubbed many longtime fans the wrong way -- regardless of Haze's reported ongoing struggles with substance abuse. This was also rumored to be the cause behind Joey Alves' replacement by Stef Burns prior to 1990's Ten, whose songs sounded more like classic Y&T but failed to strike a nerve with fickle hard rock consumers, still preoccupied with image instead of substance. Tired of fighting a losing battle, Y&T would officially disband a short time later (their passing eventually mourned via the release of their farewell gig as 1991's Yesterday & Today Live), increasing the void of quality hard rock bands amid all of the bubblegum glam casting a pall over the birth of the '90s, yet also sparing them from the ruinous fate awaiting all of those opportunist bands when grunge finally emerged.

Years passed, though; grunge came and went, and 1995 unexpectedly saw the final Y&T lineup reconvene for a new studio album entitled Musically Incorrect and, two years later, the aptly named Endangered Species, after which Dave Meniketti spent some time exercising his blues kicks on 1998's On the Blue Side. He later formed a new touring band under his own name and released the Meniketti album in 2002, but with interest in Y&T finally in resurgence, the timing seemed once again ripe for a reunion. This began to take shape by way of some long-needed reissues of their classic catalog (boasting worldwide sales exceeding four million by now) and a pair of Unearthed rarities collections, after which Meniketti and old sparring partner Phil Kennemore resumed touring across America as Y&T, with the help of guitarist John Nymann and drummer Mike Vanderhule. 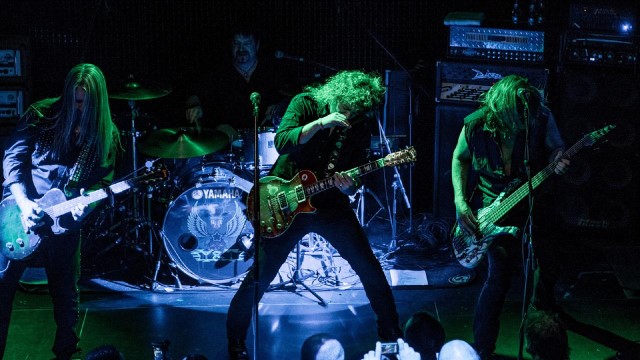