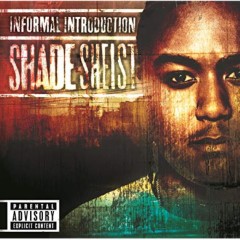 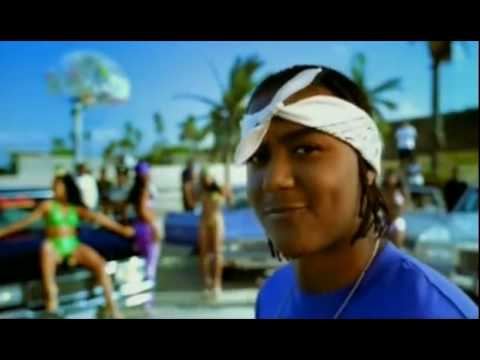 Shade Sheist is a man who really needs no introduction! This young recording artist and entrepreneur from Inglewood, California has already established himself as a true artist in the world of hip-hop and has only released his second solo album. Not to mention his first commercially released single "Where I Wanna Be" shot straight to #1 on the Billboard charts in 2001, setting new records and beginning a trend that would stretch into a whole new decade! One would think that an artist with achievements of this magnitude would be satisfied, but not Shade Sheist. "I haven't done everything I want to do yet," he says. "So I think it's safe to say that yall haven't seen anything yet!" From his flow to the beats that he rhymes over, everything about rapper Shade Sheist screams "West Coast" in no uncertain terms. Sheist has, on occasion, worked with some East Coast rappers -- including Fabolous, Ja Rule and Naughty by Nature members Treach and Kay Gee -- but even so, Sheist is very much a product of the Southern California rap scene. Heavily influenced by West Coast gangsta rappers such as Snoop Doggy Dogg, DJ Quik, Warren G, Dr. Dre, and the late N.W.A. agitator Eazy-E, Sheist was born and raised in the Inglewood area. Anyone who forgets how long rap has been around need only think about how long Sheist has been alive; the Southern Californian was born in the early '80s, which means that he was only a baby when trailblazing old-school East Coast rappers like Kurtis Blow, Grandmaster Flash & the Furious Five, the Sugarhill Gang (as in "Rappers Delight") and the Treacherous Three were at the height of their popularity. It also means that he was only two or three years old when Ice-T -- the seminal father of West Coast gangsta rap -- started recording in 1983. Fast forward a little over a decade and Shade Sheist found himself on the receiving end of a joint venture deal with Universal Records in 2002. Universal's MCA Records released Sheist's first full-length solo album, "Informal Introduction" on September 10, 2002. It was not only hailed as a West Coast classic but also introduced Sheist to an international audience. The project features several Top Five and Top Ten singles: "Wake Up" featuring Nate Dogg and Warren G (produced by Kay Gee of Naughty by Nature) "Money Owners" produced by and co-starring Timbaland, and "John Doe" produced by and co-starring Dj Quik. The album's lead single "Where I Wanna Be," features Nate Dogg & Kurupt and as mentioned, hit the top spot on Billboard's Hot Rap/Hip-Hop Singles and Airplay charts. Shade Sheist has recorded with the industry's best including: Dr. Dre, Timbaland, Dj Quik, Teddy Riley, Mariah Carey, Bone Thugs n Harmony and so many more. Some of Shade's notable musical acheivements include songs on "The Fast and The Furious," "The Wash" and "Dark Angel" motion picture / television soundtracks, as well as the "True Crime: Streets of L.A." and "25 to Life" videogame soundtracks. Being involved in all of these successful projects has helped Shade Sheist build a very loyal international fanbase that continues to grow daily. Once Shade has your attention he intends to keep it. His charm and the fact that he is so well spoken are just a few of the other great qualities that make Shade Sheist an artist to witness.