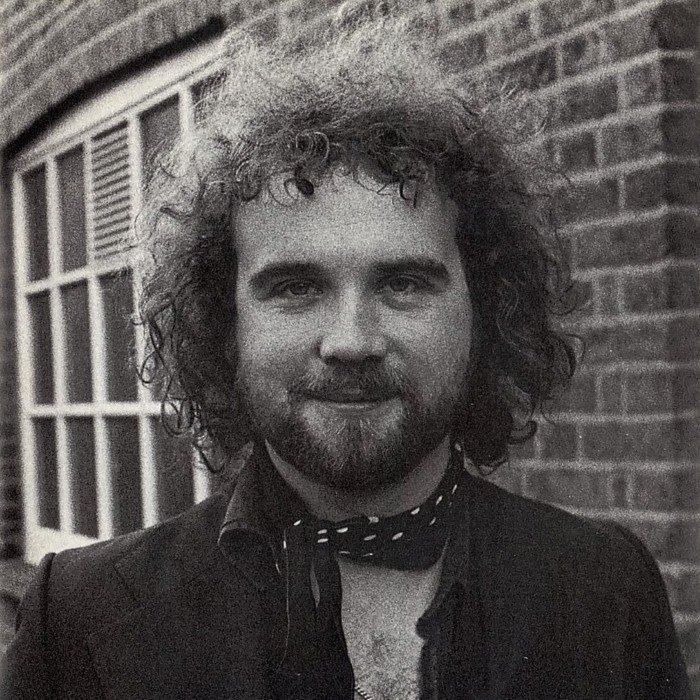 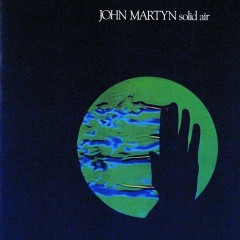 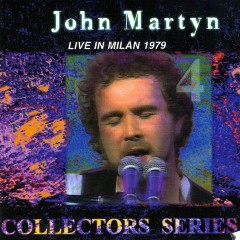 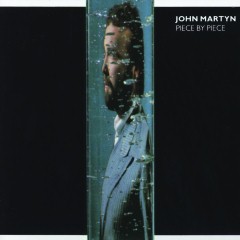 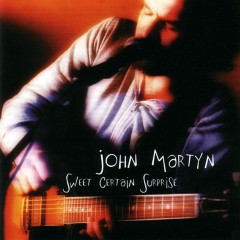 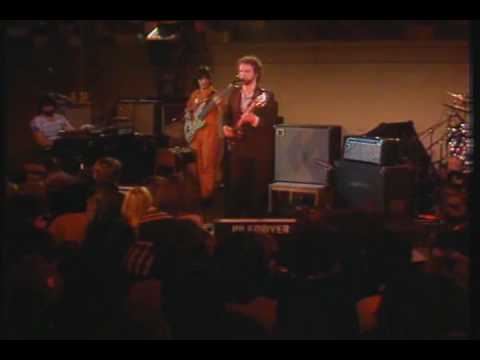 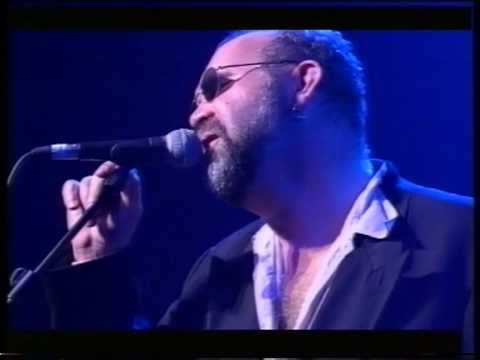 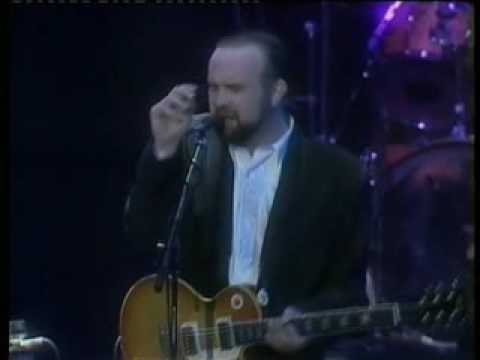 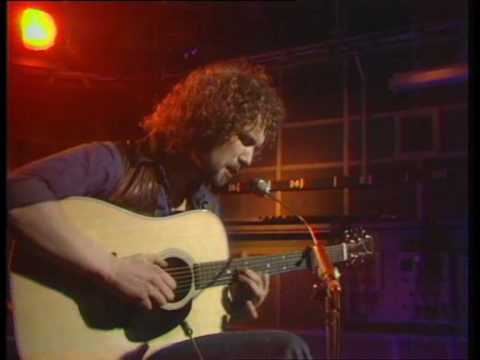 John Martyn, OBE (11 September 1948 – 29 January 2009) (born Iain David McGeachy) was a British singer-songwriter and guitarist. Over a 40 year career, he released 21 studio albums, working with artists such as Eric Clapton, David Gilmour and Phil Collins. He has been described by The Times as "an electrifying guitarist and singer whose music blurred the boundaries between folk, jazz, rock and blues".

Martyn was born in Beechcroft Avenue, New Malden, Surrey, England to an English mother and a Scottish father. Martyn's parents, both opera singers, divorced when he was five and he spent his childhood alternating between Scotland and England. Much of this was spent in the care of his grandmother, as well as on his mother's houseboat. He attended Shawlands Academy in Glasgow. At school Martyn, or McGeachy as he was known, was a keen rugby player. On leaving school he attended Art College in Glasgow, but left to pursue his musical aspirations.


Late 1960s and collaborations with Beverley Martyn
Mentored by Hamish Imlach, Martyn began his professional musical career when he was 17, playing a blend of blues and folk resulting in a distinctive style which made him a key figure in the British folk scene during the mid-1960s. He signed to Chris Blackwell's Island Records in 1967 and released his first album, London Conversation, the following year.

This first album was soon followed by The Tumbler, which was moving towards jazz. By 1970 Martyn had developed a wholly original and idiosyncratic sound: acoustic guitar run through a fuzzbox, phase shifter and Echoplex. This sound was first apparent on Stormbringer! in 1970, which was written and performed by both John and Beverley Martyn, his then wife, who had previously recorded solo as Beverley Kutner and had worked with artists such as Nick Drake and Jimmy Page. Her second album with Martyn was The Road to Ruin, also released in 1970. Island Records felt that it would be more successful to market Martyn as a solo act and this was how subsequent albums were produced, although Beverley Martyn continued to make appearances as a background singer as well as continuing as a solo artist herself.

1970s
In 1973, Martyn released one of the defining British albums of the 1970s, Solid Air, the title song a tribute to the singer-songwriter Nick Drake, a close friend and label-mate, who died in 1974 from an overdose of antidepressants. In 2009 a double CD Deluxe edition of Solid Air, compiled, with John Martyn's blessing, by John Hillarby from the official John Martyn website and with sleeve notes by Record Collector's Daryl Easlea, was released featuring unreleased songs and out-takes. On Solid Air, as with the one that preceded it, Bless the Weather, Martyn collaborated with jazz bassist Danny Thompson, with whom he proceeded to have a musical partnership which continued until his death. He also developed a new, slurred vocal style, the timbre of which resembled a tenor saxophone.

Martyn in 1978
Following the commercial success of Solid Air, Martyn quickly recorded and released the experimental Inside Out, an album with emphasis placed on feel and improvisation rather than song structure. In 1974, he followed this with Sunday's Child. In September 1975 he released a live album, Live at Leeds—Martyn had been unable to convince Island to release the record, and resorted to selling individually signed copies by mail from home. Live at Leeds features Danny Thompson and drummer John Stevens. In 2010 Universal Music released a 2CD Deluxe version of Live at Leeds researched and compiled by John Hillarby. Whilst researching the release Hillarby discovered that not all of the songs on the original album were from the Leeds concert. After releasing Live at Leeds, Martyn took a sabbatical, including a visit to Jamaica, spending time with famous reggae producer Lee "Scratch" Perry.

In 1977, he released One World, which led some commentators to describe Martyn as the "Father of Trip-Hop". It included tracks such as "Small Hours" and "Big Muff", a collaboration with Lee "Scratch" Perry. One World was recorded outside; the microphones picked up ambient sounds, such as geese from a nearby lake. In 1978 he played guitar on album Harmony of the Spheres by Neil Ardley.

Martyn's marriage broke down at the end of the 1970s and "John hit the self destruct button" (although other biographers, including The Times obituary writer, attribute the break-up of his marriage to his already being addicted to drink and drugs). Out of this period, described by Martyn as "a very dark period in my life", came the album Grace and Danger. Released in October 1980, the album had been held up for a year by Chris Blackwell. He was a close friend of John and Beverley, and found the album too openly disturbing to release. Only after intense and sustained pressure from Martyn did Blackwell agree to release the album. Commenting on that period, Martyn said, "I was in a dreadful emotional state over that record. I was hardly in control of my own actions. The reason they finally released it was because I freaked: Please get it out! I don't give a damn about how sad it makes you feel—it's what I'm about: the direct communication of emotion. Grace and Danger was very cathartic, and it really hurt."

In the late 1980s Martyn cited Grace and Danger as his favourite album, and said that it was "probably the most specific piece of autobiography I've written. Some people keep diaries, I make records." The album has since become one of his highest-regarded, prompting a deluxe double-disc issue in 2007, containing the original album remastered.

Phil Collins played drums and sang backing vocals on Grace and Danger and subsequently played drums on and produced Martyn's next album, Glorious Fool, in 1981.

Martyn released The Apprentice in 1990 and Cooltide in 1991 for Permanent Records, and then rerecorded many of his "classic" songs for No Little Boy (1993). The similar 1992 release Couldn't Love You More was unauthorised by and disowned by Martyn. Material from these recordings and his two Permanent albums has been recycled on many releases. Permanent Records also released a live 2-CD set called "Live" in 1994.

And (1996) came out on Go!Discs and saw Martyn draw heavily on trip-hop textures, a direction which saw more complete expression on 2000s Glasgow Walker ; The Church with One Bell (1998) is a covers album which draws on songs by Portishead and Ben Harper.

In 2001 Martyn appeared on the track Deliver Me by Faithless keyboard player and DJ Sister Bliss.

In July 2006 the documentary Johnny Too Bad was screened by the BBC. The programme documented the period surrounding the operation to amputate Martyn's right leg below the knee (the result of a burst cyst) and the writing and recording of On the Cobbles (2004), an album described by Peter Marsh on the BBC Music website as "the strongest, most consistent set he's come up with in years." Much of Cobbles was a revisiting of his acoustic-based sound. Martyn's last concerts were in November 2008 reprising Grace and Danger.

In collaboration with his keyboard player Spenser Cozens, Martyn wrote and performed the score for Strangebrew (Robert Wallace 2007) winning the Fortean Times Award at the London Short Film Festival in the same year. The film concept being a strong influence of the album design of Martyn's Heaven and Earth (2011).

On 4 February 2008, Martyn received the lifetime achievement award at the BBC Radio 2 Folk Awards. The award was presented by his friend Phil Collins. The BBC website says of Martyn, "his heartfelt performances have either suggested or fully demonstrated an idiosyncratic genius." Eric Clapton was quoted as saying that Martyn was, "so far ahead of everything, it's almost inconceivable." Martyn performed "Over the Hill" and "May You Never" at the ceremony, with John Paul Jones accompanying on mandolin.

Martyn was appointed OBE in the 2009 New Year Honours.

The OBE was presented posthumously to Martyn's daughter (Mhairi McGeachy) and his partner (Teresa Walsh) in 2009.
Death

Martyn died on 29 January 2009, in hospital in Ireland, due to double pneumonia. His death was announced by John Hillarby on his official website "With heavy heart and an unbearable sense of loss we must announce that John died this morning."

Phil Collins paid tribute, saying: "John's passing is terribly, terribly sad. I had worked with and known him since the late 1970s and he was a great friend. He was uncompromising, which made him infuriating to some people, but he was unique and we'll never see the likes of him again. I loved him dearly and will miss him very much."

English rock band Keane included a dedication to Martyn at their Glasgow concert that evening. On 31 January 2009, Liverpool-based folk-singer/guitarist John Smith, who had previously supported Martyn on tour, performed "Spencer The Rover", from Martyn's Sunday's Child album, at The Bluecoat in Liverpool, announcing the song "For John".

Paying tribute to Martyn, BBC Radio 2's folk presenter Mike Harding said: "John Martyn was a true original, one of the giants of the folk scene. He could write and sing classics like 'May You Never' and 'Fairy Tale Lullaby' like nobody else, and he could sing traditional songs like Spencer The Rover in a way that made them seem new minted." Harding introduced an hour-long tribute to Martyn in his Radio 2 programme on 25 February 2009.

A tribute album entitled Johnny Boy Would Love This was released on 15 August 2011, comprising cover versions of his songs by various artists. 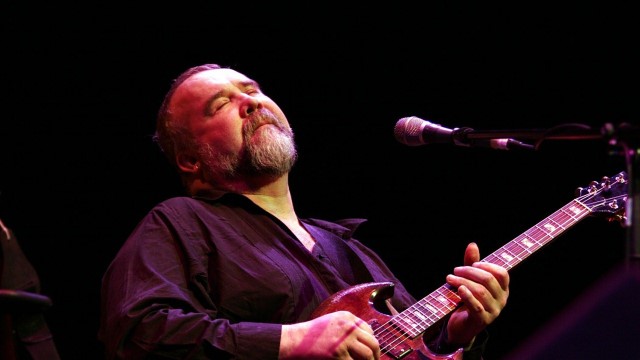 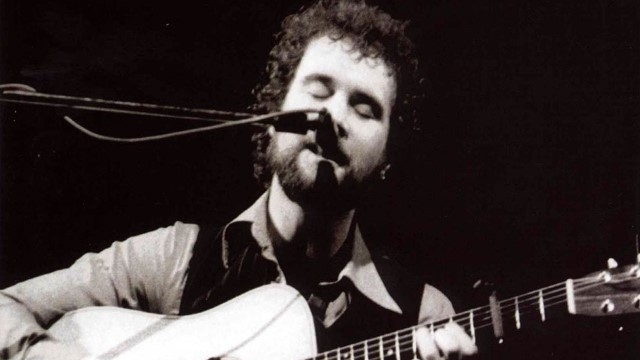