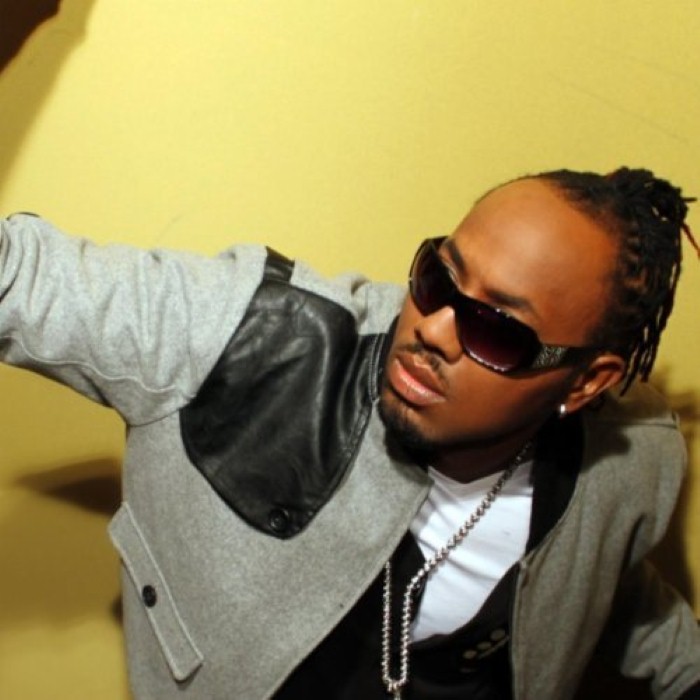 Orville Thomas, better known by his stage name Da'Ville, is a Jamaican reggae singer. Orville Thomas was the first child of Jah Thomas and Cleopatra Wright. He was raised primarily by his grandmother Ms. Feama who instilled in him the principles of education and religion. She was a strict disciplinarian, who ensured that Da'Ville attended church and sang in the church choir. As a teenager, he continued to sing in the St. Peter Claver Church choir and performed in local school functions. When highly successful groups emerged on the scene, Da'Ville became inspired to create a group of his own. After several unsuccessful attempts he continued to develop his craft until he graduated from high school. Upon graduation from Norman Manley Comprehensive High School, Da'Ville worked in a factory and as a store clerk. Shortly after, he was introduced to a newly formed group which later became ARP (A Raw Perspective). After working with former group members of ARP, in 2001 he signed with Penthouse Records as a solo artist under the management of Donovan Germain. He recorded the hit singles "Cruzin", and "All My Life", the latter of which was recorded with then label mate, Marcia Griffiths. The single "All My Life" was nominated for the 2001 Reggae Soca Awards.Da'Ville continued to record hit singles for producers such as: J.Brown, Fire Links, Stephen McGregor, Don Corleon, Preston Anfoy, Wee-Pow (Stone Love), Beres Hammond, Robert Livingston (Big Yard Music), and many more. Aside from Da'Ville's vocal abilities, he is a songwriter, composer and producer. His early 2005 chart topping single "In Heaven", was produced by himself, O.Thomas and N.Palmer for Nap Musiq. In August 2005, Da'Ville's debut album In Heaven produced and co-produced by O. Thomas, J. Brown and R.(Shams) Browne, for Fashozy Records, was released in Japan by Avex Entertainment Group. The album charted within the 2005 top ten best selling reggae albums for Japan Tower Records and led to numerous tours throughout Japan, Jamaica and the Caribbean Islands. As a result, in 2006, Avex released his second album Can't Get Over You, produced by O. Thomas and J. Brown for Fashozy Records. The albums included three successful singles - "In Heaven", produced by O. Thomas and N. Palmer for Nap Musiq, "Can't Get Over You", and "On My Mind", produced by O. Thomas and J. Brown for Fashozy Records. In 2006, the singles "Can’t Get Over You", "On My Mind", and "This Time I Promise" were all chart toppers. The single "Can't Get Over You", which was a top ten hit in Jamaica, was number one on the reggae chart in Aruba and number two in New York, and was included on the VP album 2006 Reggae Gold. "On My Mind", held the top position on several charts including Jamaica (5 weeks), New York (3 weeks), Florida, Europe and Africa. After a performance in New York City in early October, he was profiled in The New York Times. In December he was honored with Stone Love's 'Singer Of The Year' award 2006. In Spring 2007, after an extensive European tour, Da'Ville made several appearances in North America. He performed at The Best of The Best Concert in Florida, the 26th International Reggae & World Music Awards held at the Apollo Theatre where he was nominated in several categories and won Most Improved Entertainer for 2006. In addition, Da'Ville made a special guest appearance at Madison Square Garden and he also performed at Irie Jamboree V before leaving for yet another Japan and Caribbean tour. One of his biggest hit singles, "Always On My Mind", was remixed with dancehall artiste Sean Paul. Da'Ville's latest album, Krazy Love, was released in May 2012, preceded by the mixtape Vitamin D