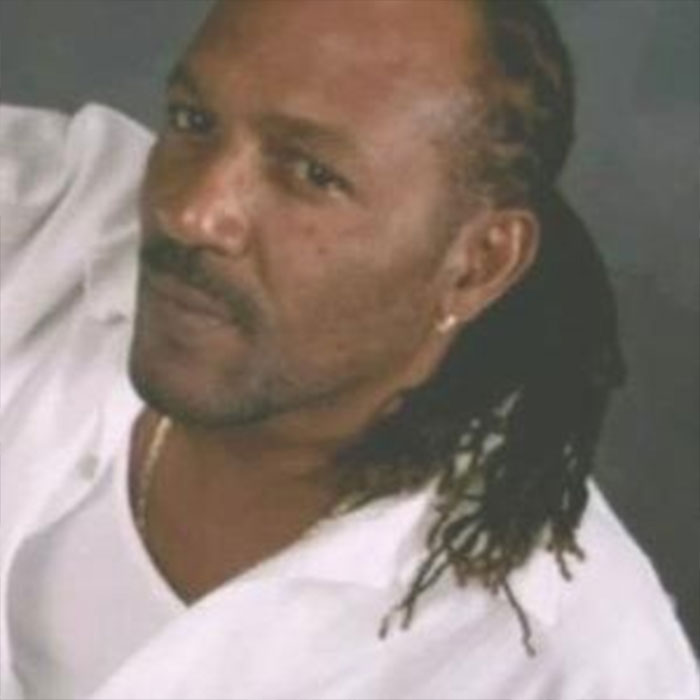 Wayne Wade (b. 1959, Kingston, Jamaica) is a roots reggae singer best known for his work with producer Yabby You in the 1970s. He attended Excelsior High School 1972-1976. Wade's career began in the mid-1970s, working with Yabby You, 1976's "Black Is Our Colour" immediately achieving success in Jamaica. His debut album, Black Is Our Colour was released in 1976, and was followed by further hits with cover versions of The Paragons' "Happy Go Lucky Girl" and "On The Beach". This was followed by further albums Evil Woman (1978), Dancing Time, and Fire Fire (both 1979), before Wade moved on to work with Dillinger, recording "Five Man Army" together with Dillinger, The Tamlins, Al Campbell, and Trinity. He recorded for Joe Gibbs, hitting the UK reggae chart in 1980 with "After You" and "Natty Contractor". In 1981, Wade worked with Linval Thompson, releasing a string of singles including "Round The World", "Tell Me What's Going On", "Poor and Humble", and "Down In Iran". He then emigrated to The Netherlands, and signed a deal with Epic Records. He scored a hit in 1992 with "Love You Too Much" In 2011 Wayne performed at the One Love Peace Festival in London with other artists including Sean Paul, Busta Rhymes, Shaggy, Gyptian, Aswad John Holt, Third World, Etana, Trinity, Natty King, Abyssinian, King Sounds and John Holt. Wade currently resides in Miami, Florida and continues to perform, record and release records.