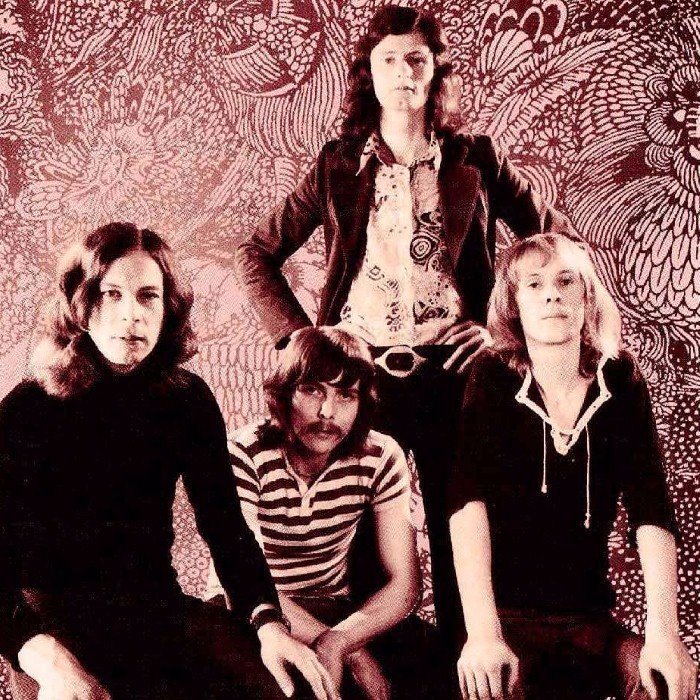 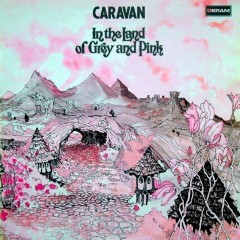 Caravan are an English band from the Canterbury area, founded by former Wilde Flowers members David Sinclair, Richard Sinclair, Pye Hastings and Richard Coughlan. Caravan rose to success over a period of several years from 1968 onwards into the 1970s as part of the Canterbury scene, blending psychedelic rock and jazz to create a distinctive sound like their contemporaries Soft Machine. Caravan still remains active as a live band in the 21st century.
Following the dissolution of their former band, Wilde Flowers, David Sinclair, Richard Sinclair, Pye Hastings and Richard Coughlan formed Caravan in 1968. The band became the first British act to sign for American record label, Verve, who subsequently released the band's debut LP, Caravan, later the same year. After this Verve closed their rock and pop division, causing Caravan to move to Decca Records for the release of If I Could Do It All Over Again, I'd Do It All Over You in 1970, from which the title track gained the band an appearance on Top Of The Pops, and then Deram (Decca's progressive subsidiary) for 1971's In the Land of Grey and Pink. After the third album's release David Sinclair chose to leave the group, to be replaced by Steve Miller. The change in keyboardist caused a change in musical direction, and the band's next album, Waterloo Lily, was distinctly more jazz influenced than earlier work. This caused some unrest for followers of the group and the band disintegrated soon after Waterloo Lily's release, leaving just Hastings and Coughlan. The duo recruited viola player Geoffrey Richardson, bassist Stu Evans and keyboardist Derek Austin and toured extensively. This line-up did not make any recordings before Evans was replaced by John Perry and Dave Sinclair rejoined the group in 1973. The resulting album For Girls Who Grow Plump in the Night was well-received critically. Perry left soon afterwards and was replaced by Mike Wedgwood.
Despite considerable success in continental Europe – particularly in France, the Netherlands and Germany where they played some of those countries' most prestigious venues and enjoyed healthy record sales – the band's chart performance in the UK and US was minimal, charting one album, Cunning Stunts at US No. 124. In the UK, Cunning Stunts (No.50) and Blind Dog at St. Dunstans (No.53) were their only hits. A loyal following has ensured steady back catalogue sales and a lengthy live career for the band, who continue to this day featuring founder members Pye Hastings (guitar, vocals, songwriting) and Richard Coughlan (drums). Caravan's best-known recording is the 1971 set In the Land of Grey and Pink, their second album for Decca. This album achieved Gold disc award status.
The band were largely dormant in the eighties until a 1990 reunion, planned as a one-off for television, reinvigorated their career. Latterly they have also achieved steady sales and a fan following with the support of the more eclectic corners of radio, like BBC Six Music's "Freak Zone" and the growing re-emergence of progressive rock. After performing at NEARFest in 2002, they released The Unauthorized Breakfast Item album in 2003.
In 2010, Pye Hastings announced that the band had resumed activity in anticipation of a one-off concert recording at Metropolis Studios for ITV, which took place in December 2010. New material was written for a debut performance and the band was joined by Mark Walker on drums and percussion. The DVD of this gig was released in May 2011 and the recording was shown on ITV as part of the Legends series.
The band are set to tour the UK to celebrate the 40th Anniversary of the album “For Girls Who Grow Plump In The Night" in January 2013. 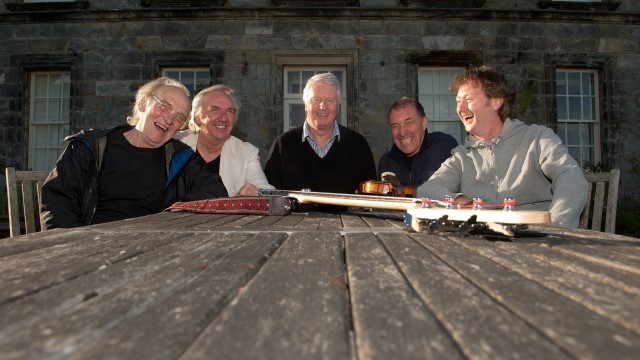 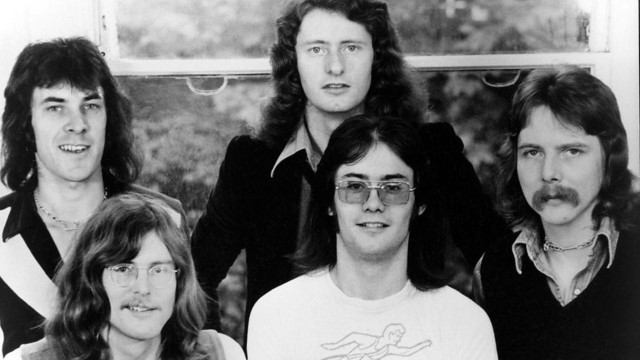