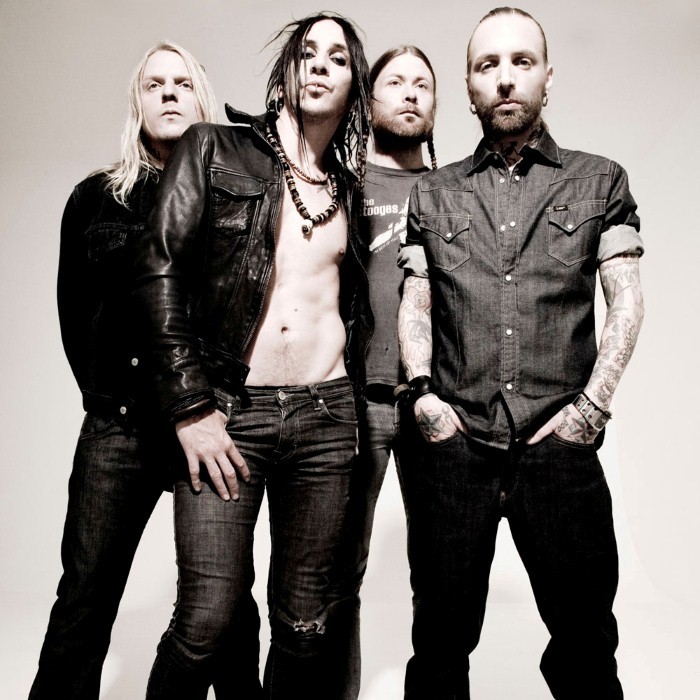 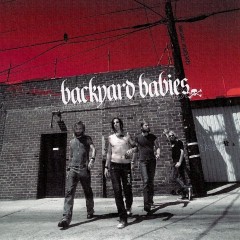 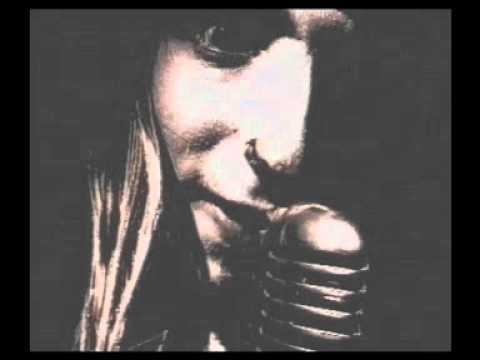 Backyard Babies are a rock band, from Nässjö, Sweden. The band was formed in 1987 and over the years they have released five studio albums and won a Swedish Grammy. The band is now located in Stockholm, Sweden.
They are largely attributed with popularizing sleaze rock in Scandinavia and Sweden, inspiring a scene that continues to grow today. They are a big influence on the current upsurge in sleaze rock in the UK unsigned scene. Their single "Minus Celsius" appears as a playable bonus track in Guitar Hero III: Legends of Rock and "Degenerated" is available as a downloadable song for Guitar Hero World Tour.
Formed in 1987, Backyard Babies originally consisted of singer/bassist Tobbe (Tobias Fischer), guitarist Dregen, guitarist Johan Blomqvist, and drummer Peder Carlsson. They were then called Tyrant and played several live shows in their local area and recorded a rough demo. Tobbe was soon replaced by frontman Nicke Borg on vocals and guitar, and Blomqvist switched to bass. Fischer went on to be a professional photographer and web designer in Stockholm, continuing to work occasionally with his old bandmates in Backyard Babies. They changed their name to Backyard Babies and recorded two more demos and did a national tour of Sweden. The band self-released a debut EP titled Something to Swallow. This got them signed in 1993 by Swedish label Megarock Records.
Backyard Babies released their debut album Diesel & Power in 1994. The music on it took influences from rock, punk and blues. In addition to the album the band also released the single "Electric Suzy" with a cover of "Taxi Driver" by Hanoi Rocks as the B-side. After touring with former Hanoi Rocks members in Demolition 23 and doing a short headline tour in late 1995, premiering new songs that remain unreleased, the band was put on hiatus, as guitarist Dregen formed the garage rock band The Hellacopters. Dregen appeared on two two albums with the Hellacopters" Supershitty to the Max! (1996) and Payin' the Dues (1997).
The Backyard Babies reunited in 1997, with a new record contract with MVG Records. They recorded their most-critically acclaimed album, Total 13. Critics compared the album favorably to the New York Dolls, Ramones and The Damned. They toured the United Kingdom with good response. A single was released from the album, "Bombed (Out Of My Mind)", with the B-side "Rocker" featuring a duet with Hanoi Rocks frontman Michael Monroe. Their next single was the self-released "Is It Still Alright To Smile?". The B-side of the single was a cover of the Faster Pussycat track "Babylon" featuring guest appearances from Ginger of the Wildhearts and Nicke Andersson who had played with Dregen in the Hellacopters. In 1998 the band toured the United Kingdom once more, this time in support of Alice Cooper.
After the collaboration on the song "Babylon," Dregen, Ginger, and Nicke Andersson formed the side project Supershit 666, which released a six-track EP in 1999. Dregen returned to the Backyard Babies soon after as the band took off for another tour of the United Kingdom, this time in support of AC/DC.
The Babies recorded a follow-up to "Total 13", titled Making Enemies is Good which has been described by some critics as a more "controlled chaos" approach than their previous effort. Two of the singles from it were hits "The Clash" and "Brand New Hate", the latter of which was co-written with Ginger. They toured in support of the album with Motörhead.
On 15 October 2002, Backyard Babies guitarist Dregen was on the front pages of Swedish national newspapers. After returning home from a club where he was DJing, he and his friend were assaulted, robbed, and knocked unconscious. Dregen suffered a broken jaw but the band continued recording their next album; Stockholm Syndrome. The album, released in 2003, was viewed by some fans as a return towards a more energetic and raw sound. The album won them a Swedish Grammy. The album spawned three singles, "Minus Celsius", "A Song For The Outcast," and "Friends."
During 2005, the band toured the United States (with openers The Chelsea Smiles & Crash Kelly) and Europe alongside Social Distortion. The album People Like People Like People Like Us, produced by Nicke Andersson of The Hellacopters, was released in 2006. It spawned two singles: "The Mess Age (How Could I Be So Wrong)" and "Dysfunctional Professional". A self titled album was released August 13, 2008. The first single was "Fuck Off and Die". The second single "Degenerated" is supported by an animated video clip. The compilation album Them XX was released in 2009 to honor the band's 20th anniversary. The accompanying tour was rumored to be their last.
Nicke Borg is one of the characters in the book Sex Tips from Rock Stars by Paul Miles to be published by Omnibus Press in July 2010. 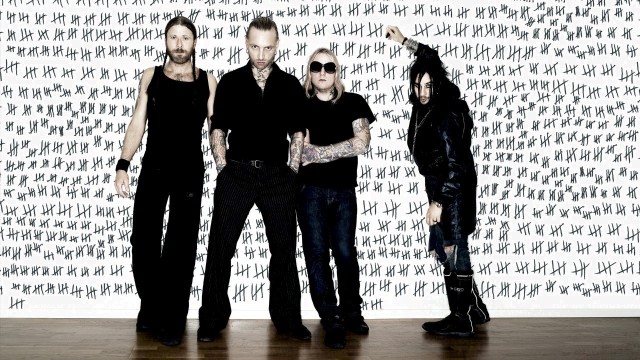 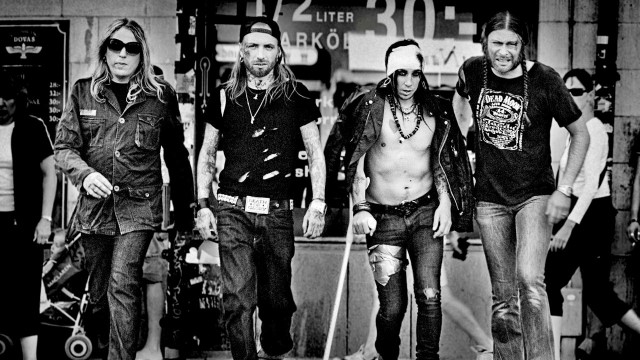 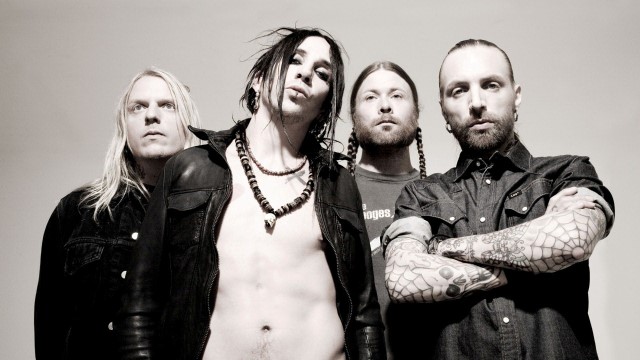