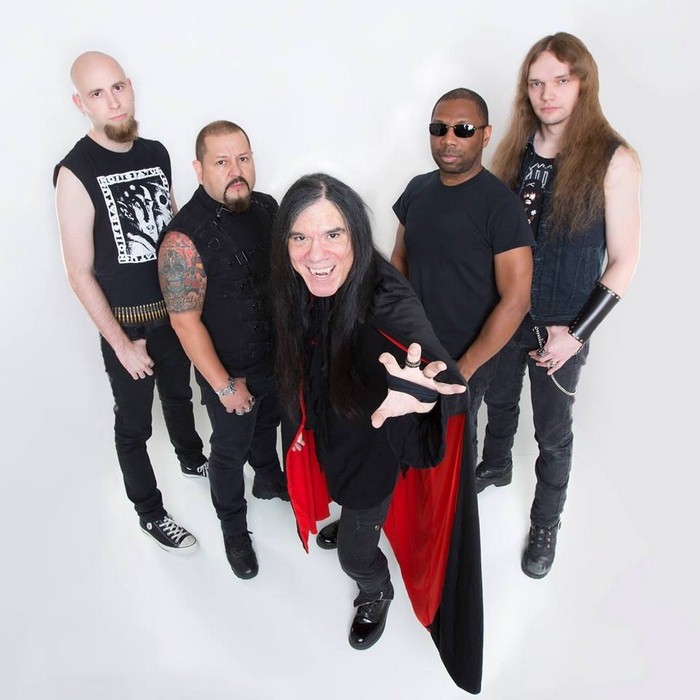 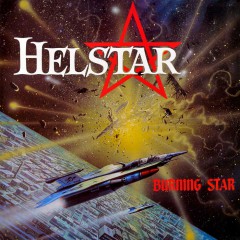 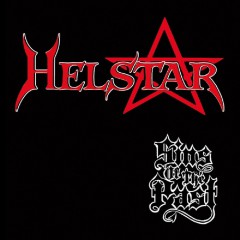 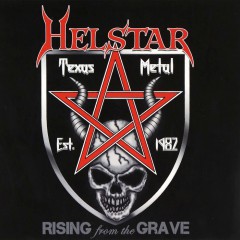 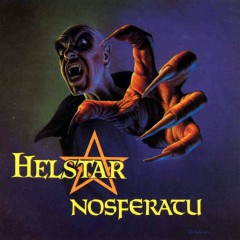 Helstar began its quest in 1982. The line up consisted of James Rivera (A.K.A Bill Lionel) (vocals), Larry Barragan (guitar), Tom Rogers (guitar), Hector Pavon (drums) and Paul Medina (bass). By 1984 the band had signed with Combat Records and recorded its first album entitled "Burning Star". The average age of the band at that time was 19! After gaining much critical acclaim, the band began to splinter because of their management situation. It was at this time that James and Larry decided to part ways with the rest of the band and guide Helstar in a new direction. Helstar recorded "Remnants of War" in 1985 with a new and powerful line up. Jerry Abarca, Rob Treviño, and drummer Rene Luna joined the band and released "Remnants" in 1986 for Combat records. Once again the band received much praise from around the world. Helstar embarked on its first US tour and opened up for such heavy hitters as Anthrax, Megadeth, TT Quick, and King Diamond to name a few. Once again though, line up changes reared its ugly head and Rob and Rene chose to leave the band. This happened at a critical time as the band had decided to move to LA in pursuit of a new record deal. It was at this time that guitarist Andre Corbin and drummer Frank Ferreira joined the band. Helstar signed with Metal Blade records and produced two albums for the label. "A Distant Thunder" saw the band cross the pond for the first time. The band played several arena sized venues with Yngwie Malmsteen and Tankard. Headlining and selling out the famed Dynamo club was one of the highlights of the tour. In 1989 the band quickly followed up "A Distant Thunder" with "Nosferatu". It was Helstar's first concept album, with half the album being dedicated to the story of Bram Stoker's "Dracula". Many believe that this album was ahead of it's time. Not only did it feature the most intricate music Helstar had done to this time, it dealt with a subject that several years later would become en vogue. It was the last album Helstar would record for Metal Blade. Andre and Frank exited the band soon thereafter. With the "grunge" movement running high, the face of music in the U.S. changed. Unable to secure a deal, Larry Barragan followed suite and left not only Helstar but music all together. But not before recording a 4 song demo with two new members. Aaron Garza took over at guitar and Russell Deleon became the new drummer. The demo would later be released as "Helstar-The James Rivera Legacy". James Rivera never lost sight of his dream and continued along with Jerry Abarca as Helstar. Now having to fill Larry Barragan's shoes they turned to former Helstar guitarist Rob Treviño. They recorded "Multiples in Black" with the help of Megadeth bassist Dave Ellefson as producer. This would be the last proper album Helstar would record. Several years later Metal Blade records released a live cd "Twas the Night of a Hellish Xmas". James Rivera later released 2 demo recordings as "The James Rivera Legacy". Helstar for all intensive purposes disbanded. Only James Rivera and Jerry Abarca would continue to do shows as Helstar but would not record again under that name. Helstar laid the groundwork for the progressive power metal movement without even knowing it. Three things can be said about Helstar throughout the years. The music was full of integrity, it was heavy, and it was true. James Rivera has enjoyed much success staying busy with several projects. He is considered by some to be one of the most legendary metal vocalist ever. He has recorded with Destiny's End, Seven Witches, Killing Machine, and is now a member of Vicious Rumors. He has kept the Helstar candle burning bright throughout. Larry Barragan, Rob Treviño, and Russell Deleon have also resurfaced with a new band named Eternity Black. They have released a self-titled 5 song EP as well. Having never lost touch, the friendship and the bond between these members has always been strong. So when Robb Chavez came up with the idea, it was a "no brainer". Will this band continue? That really depends on you the fans and what the demand will be. There is one thing we all know for sure. When Helstar hits the stage on June 10th with all of its energy and power, it will be a show you will not want to miss it! Helstar has recorded seven full length albums spanning over two decades. They have amassed an impressive body of work. 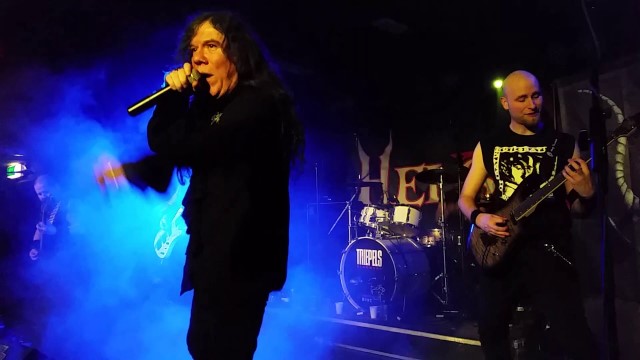