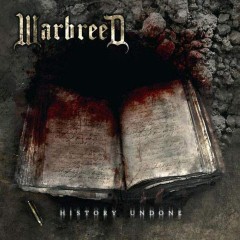 Warbreed is a World War II-themed melodic death metal band from Argentina. Even though the lyrical concept of Warbreed deals with WWII and the Third Reich, the band claims to be apolitical and unbiased. They feel no sympathy whatsoever for any kind of ideology based on intolerance, whether Nazism, Neo-Nazism, Zionism, Fundamentalism, Ethnocentrism or any other such movement involving feelings of hatred towards others or the readiness to violate Human Rights, in accordance with the Universal Declaration of Human Rights. Disregarding the fact that Warbreed hail from Argentina, as for music styles, the band is often described as belonging to the Gothenburg style, of which In Flames, Dark Tranquillity and At The Gates are the most well known exponents. After several years of touring and working in the studio, Warbreed's first full length album, History Undone, is set to be released in 2008. A single featuring a rerecorded track froim their demo and a song from the upcoming album can be downloaded at www.warbreed.com.ar.