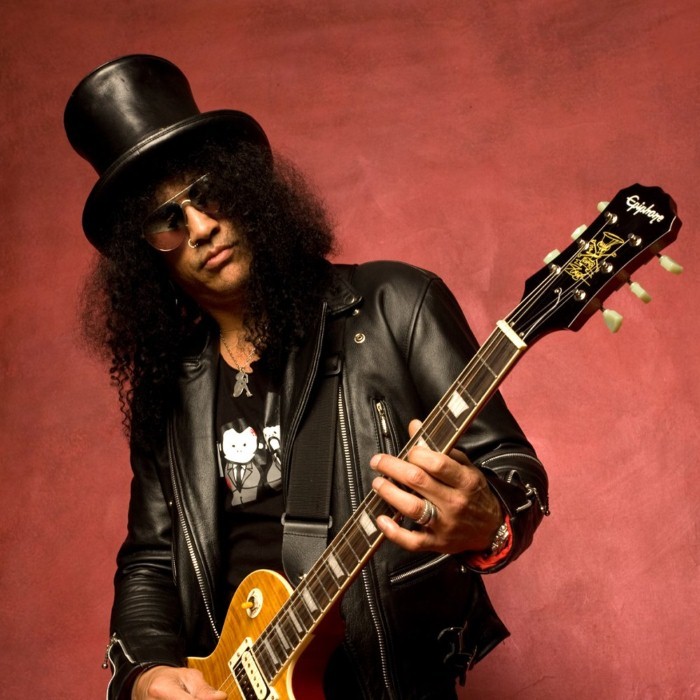 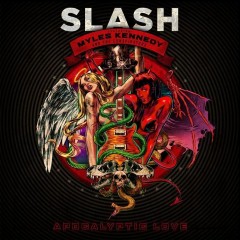 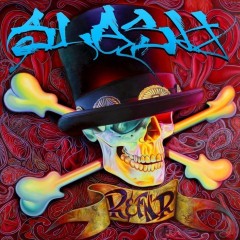 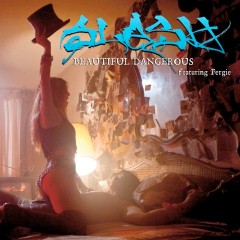 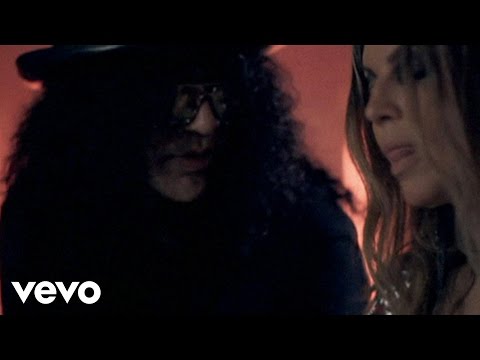 Saul Hudson (born July 23, 1965), better known by his stage name Slash, is a British-American musician and songwriter. He is best known as the former lead guitarist of the American hard rock band Guns N' Roses, with whom he achieved worldwide success in the late 1980s and early 1990s. During his later years with Guns N' Roses, Slash formed the side project Slash's Snakepit. He then co-founded the supergroup Velvet Revolver, which re-established him as a mainstream performer in the mid to late 2000s. Slash has since released two solo albums, Slash (2010), featuring an all-star roster of guest musicians, and Apocalyptic Love (2012), recorded with singer/guitarist Myles Kennedy, along with rhythm section Brent Fitz and Todd Kerns, known on the album as The Conspirators. 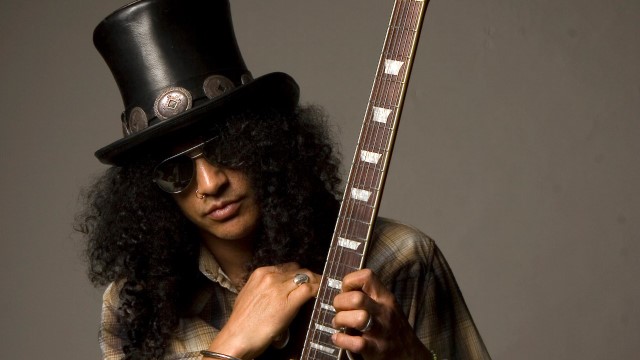 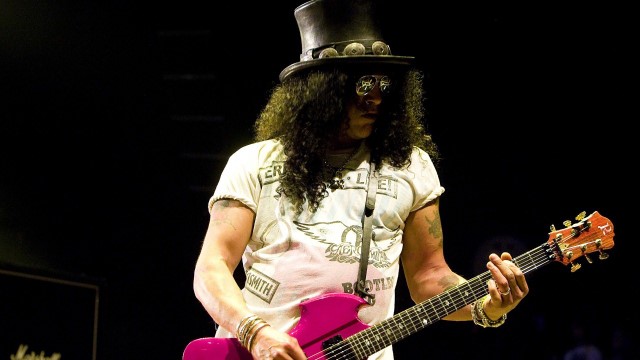 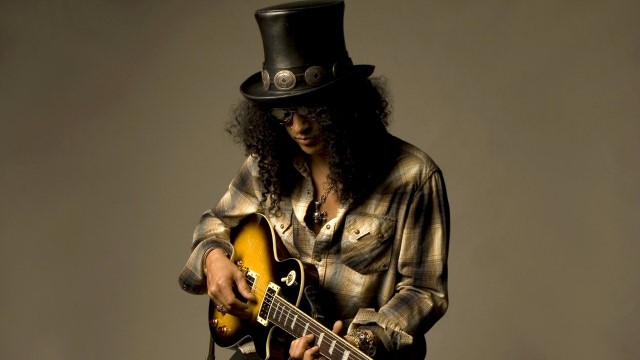