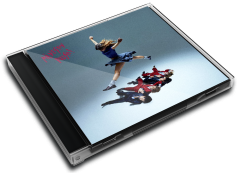 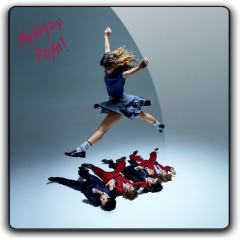 Rush! is the third studio album by Italian rock band Måneskin, released on 20 January 2023 through Epic Records. It was preceded by the singles "Mammamia", "Supermodel", "The Loneliest" and "Gossip". The band toured North America in support of the album and its predecessor Teatro d'ira: Vol. I (2021) on the Loud Kids Tour in late 2022, with a European tour scheduled for early 2023.

Background and recording
Måneskin recorded "probably 50" songs for the album, which they recorded in part in Los Angeles with producer Max Martin. The band revealed that they had been working on their "debut international album" with Martin and the MXM and Wolf Cousins team, including Savan Kotecha and Mattman & Robin, extensively after meeting them the previous year. The band's single "Supermodel", which was worked on with Martin and Rami Yacoub, was premiered live during the final of the Eurovision Song Contest 2022. The band later teased a song on the album called "Gasoline", written in support of Ukraine after the 2022 Russian invasion, also made by the team. They were also influenced during the writing and recording process after listening to Radiohead, with bassist Victoria De Angelis stating that Måneskin had "tried to experiment a bit more with sound. We listened to a lot of Radiohead where they work a lot with pedals." Frontman Damiano David said: "I think that the inspiration we got from Radiohead was to be very focused on creating a very specific world for each song. It's something they do very, very well so we tried to create these amazing atmospheres. They really create an image of what you're listening to, and that gave us inspiration."

The band announced the album on 31 October 2022, and later shared its track listing on 15 December. The album is composed of fourteen tracks in English and three in Italian, including the band's concert staple and "fan favourite" track "Gasoline", as well as another song they debuted in concert, "Kool Kids". In an interview with Entertainment Weekly, David explained the inclusion of the Italian tracks:

"Because we feel like the Italian music part is such a strong part of us and our culture and our background. We didn't want the Italian music to be here and there every once in a while in the tracklist. We wanted to create a block that represents the foundation everything is built around."

Singles
"Mammamia" was released as the album's lead single on 8 October 2021. The second and third singles, "Supermodel" and "The Loneliest", followed in May and October 2022, respectively. The fourth single, "Gossip", preceded the album by a week, released on 13 January 2023. A promotional single titled "La fine" was released on 16 December 2022.

"Supermodel" and "Mammamia" is absent from the tracklist of the vinyl edition, as a measure to fit the album on a single LP record.