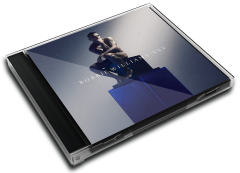 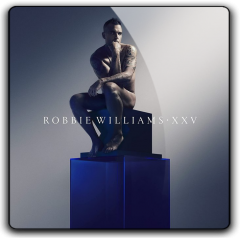 XXV is a compilation album by English singer Robbie Williams, released through Columbia Records on 9 September 2022. The album marks the 25th anniversary of Williams's solo career, and contains re-recorded and orchestrated versions of songs from his career, which were reworked by Jules Buckley, Guy Chambers and Steve Sidwell with the Metropole Orkest. The XXV version of "Angels" was released as the lead single, followed by the double single "Eternity/The Road to Mandalay" and the new song "Lost" as the third single. The deluxe edition of the album adds 11 tracks, including three more original songs—"Disco Symphony", "More Than This" and "The World and Her Mother". The album debuted at number 1 on the UK Official Charts. In reaching the summit, Williams broke Official Chart records with his fourteenth solo number one album.


Background
On 7 June 2022, Williams announced that his thirteenth studio album, XXV, would be released on 9 September 2022. It features new versions of his hit songs, plus new material. On the same day as this announcement, Williams released "Angels (XXV)", a reworked version of "Angels".

Singles
The first single taken from XXV was a reimagined version of his hit single "Angels" and was released on 7 June 2022. On 10 June 2022, "Angels (XXV)" reached number 92 on the UK Official Singles Sales Chart, rising to 74 a week later.