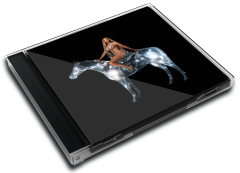 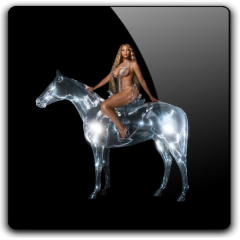 Renaissance (also referred to as Act I: Renaissance) is the seventh studio album by American singer Beyoncé, released on July 29, 2022, via Columbia Records and Parkwood Entertainment. It is the first "act" of a three-act project It serves as the first "act" of a three-act project, which is her first solo effort since Lemonade (2016). It was written and produced by Beyoncé, Nova Wav, The-Dream, Symbolyc One, Honey Dijon, Beam, Tricky Stewart, Bloodpop, Skrillex, Hit-Boy, No I.D., P2J, and various others. Beam, Grace Jones and Tems appear as guest vocalists.

User Album Review
To millions, Beyoncé is still running it all. From her accomplished performing abilities to her extended displays of talent, the Texan singer’s reputation over the last two decades appears to have only grown, even in this recent considerable period of inactivity. It’s been six years since her last full record, 2016’s ‘Lemonade’, which, with time, has come to represent perhaps her highest point, as she reclaimed her narrative amid rumours of infidelity by her husband, rapper Jay-Z.

‘Renaissance’, her seventh studio album, marks the sound of an artist refreshed: this is her most relentlessly upbeat and fun record yet, one where she explores love, friendship and relationships across 16 spellbinding tracks. In a note to accompany the album, she describes the three-year period that it took to complete the record over lockdowns as one that “allowed me to feel free and adventurous”, providing a space where she could “scream, release and feel freedom”.

The pursuit of Black joy is central to the record, as she draws on house music – and particularly New Orleans bounce – to join the latest wave of Black stars reclaiming gentrified genres that they were once pushed out of. Samples and collaborators on ‘Renaissance’ include influential Black figures like Barbara Ann Teer, founder of Harlem’s National Black Theatre, as well as rapper Big Freedia and producer Honey Dijon.

The homage to that scene’s unique spirit is keenly felt on ‘Church Girl’, which samples Cameron Paul’s ‘Brown Beats’ – a song integral to the inception of bounce music – and the album’s huge lead single ‘Break My Soul’. On the latter, it’s the sample of Big Freedia’s hook that sets the album’s tone of empowerment: “Release ya trade, release the stress / Release the love, forget the rest.” ‘I’m That Girl’, meanwhile, is another declaration of self-confidence, and the bewitching ‘Cozy’ plainly offers: “Comfortable in my skin / Cosy with who I am”.

It’s on ‘Alien Superstar’ where she expands her influences, and draws on ballroom culture. With the credits boasting a hefty cast (Labrinth, Lucky Daye, 070 Shake, Jay-Z) the song pairs a thumping rhythm with an understated, posh accented rap – the hallmarks of a ballroom MC – and flirts with fluttery high register; this instantly becomes the record’s most indulgent and intriguing track.

There’s success, too, when she moves her focus away from a literal exploration of house music. ’Cuff It’ nods to the heyday of Motown and disco on a salacious tune soon to be a staple in pre-clubbing playlists. Likewise on ‘Heated’, she adopts an afro-bashment vibe with the help of Drake, who, too, recently dabbled in house music, though with mixed results. ‘Plastic Off The Sofa’ offers up groovy R&B that gives Beyoncé an opportunity to show off her powerful chops as she riffs and runs all over the punchy jazz band accompanying her hushed tone: “I think you’re so cool / even though I’m cooler than you,” she winks.

The credits may be stuffed with big name collaborators and samples – everyone from AG Cook, Skrillex and Giorgio Moroder is listed – but explicit features are chosen carefully and executed smartly. The finest arrives on ‘Moves’ where an icon (Grace Jones) meets a newcomer (Tems); here, a bassline synonymous with afro-centric music encourages everyone to join the as a bolshy Jones says she’ll “bruk a bitch, bruk up / Fumble like we ’bout to come up”. Then, it’s Tems’ turn to shine with her brief interlude asking: “Who this girl in the back of the room? / It’s the girls, it’s the Yoncé girls”. It’s a fun, superfluous track all about girl power, and in this record of love, it reminds us that some of the greatest love we can experience can be with our pals.

There is little Beyoncé has to prove to anyone 25 years down the line, but the start of this “three act project” proves that she’s still able to push herself and delve into new sonics, styles and ethos. On ‘Renaissance’, she’s added another remarkable record to her repertoire, this time one to continue leading the charge to bring Black culture back to the forefront of house and dance scenes. ‘Renaissance’ does precisely what it says on the tin; the revival of Black classics, and she makes sure a lot of love goes into that.