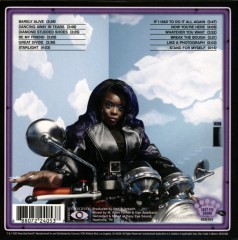 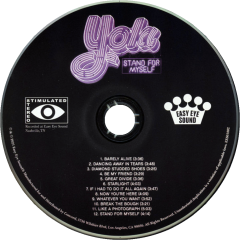 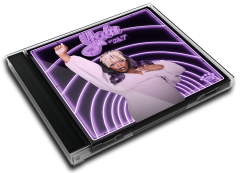 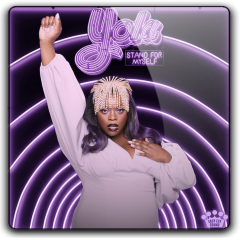 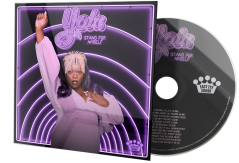 Stand for Myself is the second studio album by English singer and songwriter Yola. It was released on 30 July 2021, through Easy Eye Sound. The album debuted at number 196 on the Billboard 200 chart and at number 46 on the UK Albums Chart chart, being her first entry on both charts. The album was nominated for Best Americana Album at the 2022 Grammy Awards.

The album features various songs that Yola was trying to finish over the years. Recording took place in Nashville, where Yola had to locate permanently after the COVID-19 pandemic. Like her previous album, Dan Auerbach, guitarist and vocalist of the Black Keys, served as producer while songwriters such as Natalie Hemby, Liz Rose, Ruby Amanfu and Joy Oladokun also collaborated on the album.

User Album Review
Stand for Myself was met with widespread critical acclaim. At Metacritic, which assigns a normalized rating out of 100 to reviews from professional publications, the album received an average score of 82, based on 11 reviews.Aggregator AnyDecentMusic? gave it 7.5 out of 10, based on their assessment of the critical consensus.
Reviewing the album for AllMusic, Timothy Monger called the album "a fully present and vital collection of timely emotions and timeless arrangements" commenting that the album "is a stunner with plenty of emotional firepower, but it can also feel soft as a wool blanket".Steve Horowitz of PopMatters said, "The dozen tracks here showcase the range of her talents as a singer and a songwriter and that of a human being who refuses to accept life's limitations and stand up for herself".Charles Waring of Mojo praised Yola's "caressing vocals", calling the album an "enthralling step on her musical voyage".Reviewing the album for Uncut, Stephen Deusner wrote that Yola emphasises "the nuance in her voice" on the Stand for Myself, which he called "lovingly written, arranged and produced".Writing for musicOMH, Graeme Marsh stated, "The vocals here are telling; it's effortlessly stunning, grabbing attention with how easily she achieves something countless others spend years chasing".Austin Saalman from Under the Radar enjoyed the album, saying, "Stand For Myself hangs together more cohesively than Walk Through Fire, feeling more urgent and existing upon a grander scale than its predecessor".
Writing for Paste, Andy Crump described the album as "triumphant" and claimed that "it's frank and fresh in its fashion, carrying darkness and unguarded emotions on crests of S-tier artistry".Maura Johnston from Pitchfork gave the album a 7.4 out of ten writing that the album "isn't a record defined by genre as much as it is by Yola's spirit, which transforms her matter-of-fact assertions of personhood into amphitheater-ready anthems".Kitty Empire from The Observer gave the album three out of five stars mentioning on the "eclectic inspirations" of the album.