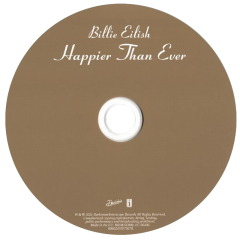 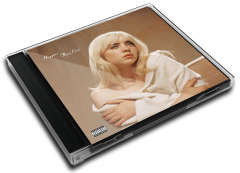 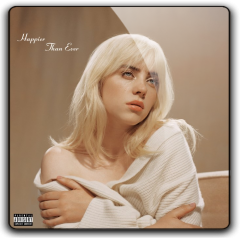 Happier Than Ever is the second studio album by American singer and songwriter Billie Eilish, released on July 30, 2021, by Darkroom and Interscope Records. It is a pop record characterized by subdued, sparse arrangements of torch songs about the struggles of stardom and relationships. Eilish cited self-reflection as the biggest inspiration for the record. Music critics praised the album, underscoring its stylistic production and insightful lyrics.

Five singles were released in promotion of the album: "My Future", "Therefore I Am", "Your Power", "Lost Cause", and "NDA", all of which charted in the top 40 of the US Billboard Hot 100. To promote it further, a Disney+ documentary concert film, Happier Than Ever: A Love Letter to Los Angeles, will be released on September 3, 2021, and Eilish will embark on Happier Than Ever the World Tour in 2022. Before its release, Happier Than Ever became the most pre-added album in Apple Music history.
(Wikipedia)