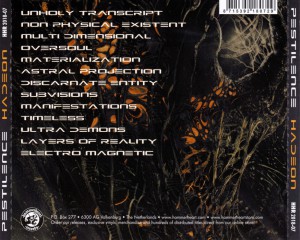 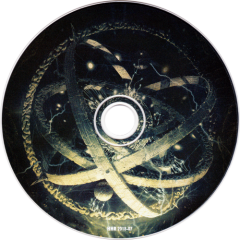 Hadeon is the eighth studio album by Dutch technical death metal band Pestilence. It was released digitally on 26 January 2018, nearly two months ahead of its scheduled release date; a physical component of the album was released on 9 March 2018. Hadeon is the band's first album since their two-year hiatus from 2014 to 2016, and the first one since Malleus Maleficarum (1988) not to feature longtime lead and rhythm guitarist Patrick Uterwijk. "Hadeon" is also the first Pestilence studio album since 1993 "Spheres" featuring a solo bass composition ("Subvisions") composed by bassist Tilen Hudrap, who also wrote the accompanying lyrics for the song. All other tracks on the album were composed by Patrick Mameli.