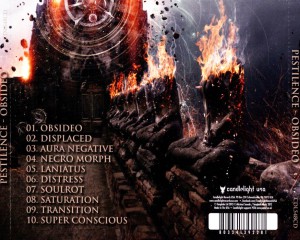 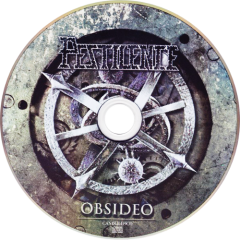 Obsideo is the seventh studio album by Dutch technical death metal band Pestilence. It was released on October 21, 2013 via Candlelight Records. The album was produced by the vocalist/guitarist Patrick Mameli, and their last before their two-year hiatus from 2014 to 2016. According to Mameli, the album's overall lyrical theme is "the journey of the human soul." This is the final Pestilence album to feature lead and rhythm guitarist Patrick Uterwijk, who had been with the band since Consuming Impulse in 1989.