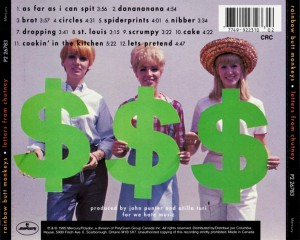 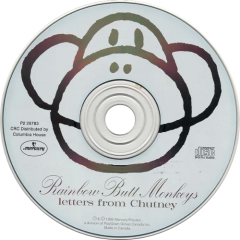 Letters from Chutney is the debut album recorded by the Canadian rock band Rainbow Butt Monkeys, now known as Finger Eleven, released April 19, 1995 on the Mercury label. It features a different sound than Finger Eleven's subsequent albums, with funk and grunge influences. The album is currently out of print, though available for special order. The album produced three singles, all of which had videos released. The name of the album comes from a dog with a missing eye that the band found on the side of the road. They gave it the name Chutney.