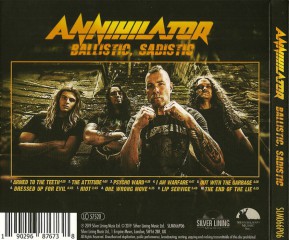 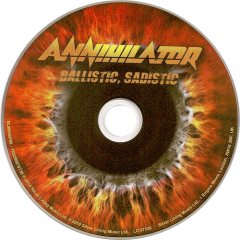 "Ballistic, Sadistic" is the seventeenth studio album by Canadian thrash metal band Annihilator, released on 24th January 2020 on the Avalon label.
An album very much in his blood, Ballistic, Sadistic was written, performed, engineered, and produced by Waters while being recorded at Watersound Studios UK.