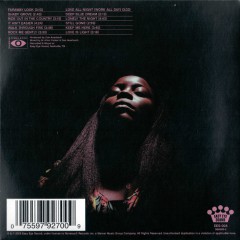 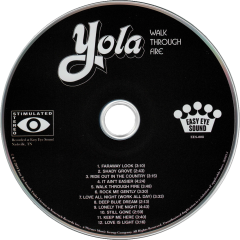 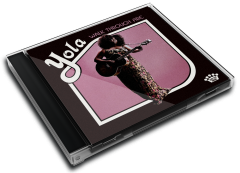 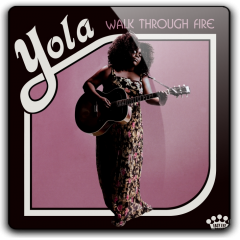 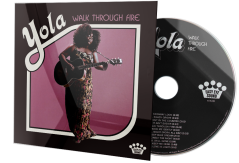 Walk Through Fire is the debut album by Yola. It was released on February 22, 2019, on Dan Auerbach's Easy Eye Sound label, to much acclaim. The album title references both a fire which damaged Yola's home and an abusive relationship from which she escaped. AllMusic called the album "an extraordinary record, one designed to be part of a grand musical tradition, and it contains enough emotion and imagination to earn its place within that lineage." Brittney McKenna of NPR Music's First Listen declared, "It's the work of an artist sure to stun audiences for years to come." The Wall Street Journal stated, "The album is an introduction to a seasoned, major vocalist that stands to be remembered as a breakthrough."

A deluxe edition of Walk Through Fire was released on December 6, 2019, which includes two previously unreleased tracks. The deluxe edition included, "I Don't Wanna Lie", which was recorded during the original sessions for the album. Also included was a cover of Elton John's "Goodbye Yellow Brick Road". Yola had performed the latter song live on a number of occasions. Elton John premiered the video via his official Twitter account and has been a vocal cheerleader of Yola.

Walk Through Fire was written, recorded and produced at Dan Auerbach's Easy Eye Studio in Nashville. Auerbach produced the record and assembled an all-star cast for its creation. Most of the songwriting was a collaboration of Yola and Auerbach with contributions from Bobby Wood, Pat McLaughlin and Dan Penn. The team of studio musicians included bassist Dave Roe, harmonica player Charlie McCoy along with former members of the Memphis Boys drummer Gene Crisman and Wood on piano. Additional vocals were contributed by Vince Gill, Molly Tuttle, Ronnie McCoury and Stuart Duncan. The album was recorded and engineered by M. Allen Parker. Auerbach and Parker also mixed the project.

User Album Review
“Walk Through Fire” is a powerful testament to what country music can be. It’s a combination of new and old styles making the listener feel almost nostalgic with each track. In a way Yola reminds me of Carole King, her songs have a rich story to tell. They are unplugged, personal, and captivating.

Songs like “Ride Out in the Country” offer a familiar story of country-fried heartbreak that feels soulful and different. The fiddle, piano, and slide guitar add to this feeling. They do more than accompany Yola’s unique voice, they add a haunting three-dimensional sound to each of the songs.

What stood out to me the most on this album was an original piece called “Rock Me Gently.” It’s a slow ballad that has a chorus that you can’t get out of your head. It starts off quiet and then builds during the hook. It’s the type of song that is meant to be played loud and leaves other stadium country songs in its dust.

The most well-known song on the deluxe edition of “Walk Through Fire” is Yola’s own take on “Goodbye Yellow Brick Road,” which received praise from Elton John.

I wouldn’t consider “Walk Through Fire” a masterpiece, it is Yola’s first album. There isn’t a lot to compare it to. It’s unique, it stands out in a way that makes the listener feel welcome to rediscover.

For Yola, it feels like a declaration of independence, a stepping stone to a successful career in country music.