Everything Else Has Gone Wrong 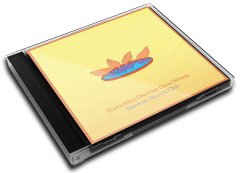 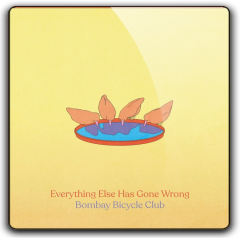 Everything Else Has Gone Wrong is the fifth studio album by the British indie rock band Bombay Bicycle Club. It was released on 17 January 2020 by the band's own Mmm... Records imprint of Island Records, Caroline International and Arts & Crafts. It is their first album in nearly six years, since the release of So Long, See You Tomorrow (2014).

Background and recording
Bombay Bicycle Club announced an indefinite hiatus on 29 January 2016. However, they explicitly ruled out the notion that the band was breaking up and also alluded toward potential solo material from frontman Jack Steadman and from bassist Ed Nash. However, in an interview with Q Nash recalled Steadman saying that he did not think he wanted to make another Bombay Bicycle Club album. In January 2017, Nash released the solo album The Pace of the Passing under the moniker Toothless. It featured Marika Hackman, Tom Fleming, Liz Lawrence and Bombay Bicycle Club drummer Suren de Saram. The album was produced by Nash and Steadman. In March 2017, Jack Steadman formed the solo collaborative project Mr Jukes, releasing the album God First in July 2017. The album was produced by Steadman and featured BJ the Chicago Kid, Elli Ingram, Charles Bradley, De La Soul, Horace Andy, Lalah Hathaway, Lianne La Havas. During the band's hiatus, guitarist Jamie MacColl completed an undergraduate degree in war studies at King's College London and a MPhil in international relations at the University of Cambridge. He worked as an intelligence analyst for a social security company and also worked at a think tank in Washington, D.C.. He also launched Undivided, a Brexit campaign group to engage with people under the age of 30. Nash worked for some time in an office job in the interim. Steadman traveled extensively, including traveling on the Trans-Siberian Railway as well as riding on a cargo ship from China to Canada.

The band later sold all of their equipment and initially had no plans to record new music or tour. MacColl believed the band had effectively broken up, but was surprised when Steadman decided to be in the band again. Months after selling their equipment, they discussed the possibility of doing a one-off tour to celebrate the tenth anniversary of their debut album I Had the Blues But I Shook Them Loose (2009). However, they believed a one-off anniversary tour was not appropriate considering they were a relatively young band and since they felt they still had ideas for music. They instead quickly focused on creating new music.

In January 2019, the band announced that they were ending their hiatus and that they would be performing concerts later in 2019, with intentions to record new music as well. Bombay Bicycle Club began recording for Everything Else Has Gone Wrong on 25 March 2019 at Konk Studios in London. The band released an extended play of demos from 2004–2008 on 3 July 2019, marking exactly ten years since the release of their debut album on 3 July 2009. The band completed recording for the album on 14 September 2019 with producer John Congleton in Los Angeles, California.