The Face Of Fear 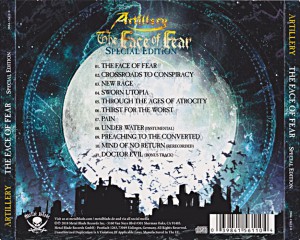 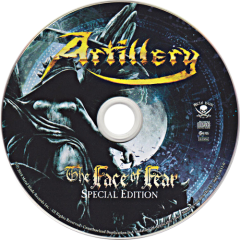 Album Review
The Face Of Fear has a rougher sound than Penalty By Perception; this album has a fuzzier, more garage-like feel that complements full-fledged thrashers like the title track, "Crossroads To Conspiracy," and "Preaching To The Converted." The heavy distortion of the last few albums is now matched by appropriate production that makes it sound more natural. Super grungy guitars and drums that sound noticeably unstrangled this time also give a massive energy boost to the hard rock-aligned pieces, including the raw, explosive "Pain," perhaps the album's most outstanding track. The Eastern scales that have come to characterize Artillery's style return in scattered riffs and solos.
The Face Of Fear, despite its title, presents to us a very comfortable Artillery. There aren't any surprises; if you've heard the last two albums and can put two and two together, you'll have an accurate picture of what this album sounds like.
Reviewed by ScreamingSteelUS for metalstorm.net.