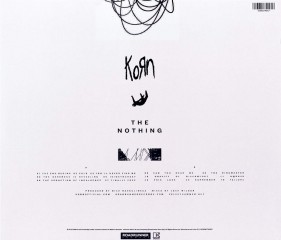 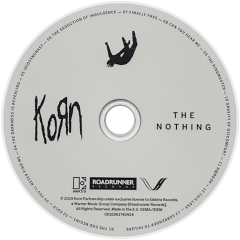 In August 2018, Luzier reported via Instagram that Korn has begun the process of tracking drums for the upcoming thirteenth album.

In a December 2018 interview to Revolver Magazine, Welch revealed that the upcoming album is scheduled for release in fall 2019, with Raskulinecz resuming production duties. He also stated some of the tracks had been co-written with John Feldmann and that the band had tracked demos with Travis Barker on drums.

Background
According to the band's lead singer, Jonathan Davis, the title of the album was inspired by a villain from The NeverEnding Story. This is the first album recorded after the death of Deven Davis, the lead singer's wife, which is reflected in the lyrics of songs such as "Finally Free". This has affected Davis during the recording of the album, which he treated as a form of personal therapy. Some of his emotional breakdowns were recorded and ended up on the album, most notably towards the end of the intro, "The End Begins". Davis said about the album:

"I went through hell last year and had to purge what I was going through and bring the listener through that experience. I don't know how to explain it but it takes me over. When you hear me break down and cry, that's not fake. It's how I get it out. Some people go to a shrink. My music is that for me."

— Jonathan Davis
The recording process took an unusually long amount of time for a Korn record as Davis stated in an interview with Kerrang! that while he would do a typical Korn record in two weeks, he spent around four months recording the vocal tracks for The Nothing.

Following the album's release, the band is scheduled to go on tour co-headlined with Alice in Chains.