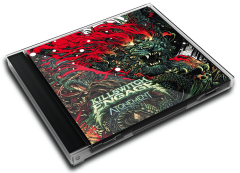 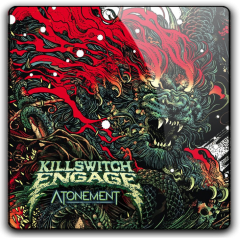 Album Review
Atonement is an important record for the band, as it will largely determine their creative viability and their place in metal's increasingly fragmented and confusing world. The band made an excellent choice joining forces with Metal Blade Records, as it must have spurred on yet another breath of creative fresh air. With this record, Killswitch Engage should convince anyone concerned that this beast (much like the one on the album's totally rad cover art) is alive and out for blood.
The core elements are all intact here, but there are several spots were the guitar work of Adam and Joel really stands out. The band took pains on this record to emphasize their extreme metal influences, which are, of course: At the Gates, Dark Tranquility, and early In Flames, among others. The album is loaded with heroic dueling guitars on songs like "Unleashed," "Take Control," and "As Sure as the Sun Will Rise." That familiar riffing style still shines through as well.
The album's production is crisp, clear and sharp, as Adam D (taking the production lead here as usual) faithfully shepherds the record to sound great without robbing it of its raw power.
Reviewed by J. Andrew for metalinjection.net.