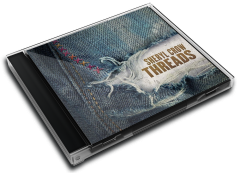 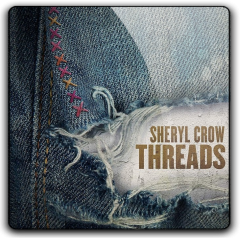 Threads is the eleventh and final studio album by American singer-songwriter Sheryl Crow. The album was released on August 30, 2019, by Big Machine Records. Threads is a collaborative album featuring many of Crow's musical friends, heroes and newer artists.

Promotion
While promoting her 2018 UK tour, Crow released "Wouldn't Wanna Be Like You" featuring St. Vincent and revealed that the duets project will possibly be her final album, citing the impossibility of releasing something that could follow up such a gathering of artists. She added that she will continue to write and tour and will potentially release short-form music akin to extended plays.

"Redemption Day" was officially released as the album's lead single on April 21, 2019. First appearing on Crow's self-titled second album in 1996, the Threads version of the song features Johnny Cash, who had recorded a cover of the song for his 2010 posthumous release American VI: Ain't No Grave.

On May 22, 2019, "Live Wire", a blues-inspired track featuring Bonnie Raitt and Mavis Staples, was released on Entertainment Weekly. Crow, Raitt and Staples subsequently performed the song on The Ellen DeGeneres Show.

On June 14, 2019, Crow released the rock track "Still the Good Old Days" featuring Joe Walsh. She performed the song that night on The Graham Norton Show.

On June 28, 2019, Crow promoted Threads by performing "Prove You Wrong" and "Still the Good Old Days" during her set on the Pyramid Stage at the Glastonbury Festival.

"Everything Is Broken", a roots rock Bob Dylan cover featuring Jason Isbell was released on July 12, 2019.

On August 2, 2019, "Tell Me When It's Over", a bluesy breakup song was released which was co-written and features backing vocals by Chris Stapleton.

The funk-infused track "Story of Everything" that includes a rap by Chuck D, guitar playing by Gary Clark Jr. and vocals by Andra Day was released on August 23, 2019 and focuses on the current state of America, in particular, the racial issues that still divide the country.