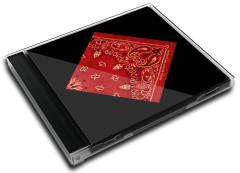 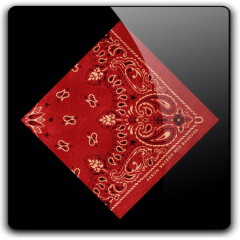 Album Review
Containing 20 songs, one for each of Watson’s 20 years in the music business, Red Bandana is an ambitious undertaking. That already high ambition quotient is raised considerably by the fact each of the songs are written solely by Watson himself.
With what almost amounts to a 50/50 split in fast and slow numbers, Red Bandana impressively assumes the role of a country-powered mixtape. A similar description can be given to many of Watson’s previous records but the diversity in styles, sounds and stories is amped up a good but here, an idea bolstered by the inclusion of “El Comienzo Del Viaje,” a cinematic, western gothic instrumental track.
There’s the usual combo of fast and slow, but more to the diverse point, there are also up-tempo tunes with Watson delivering his lines with what is dangerously close to a rap-style cadence (“Dark Horse,” “Kiss the Girl Goodbye”), as well as one that fuses a snappy, jazzy beat with Green Day-influenced punk guitars (“Shake a Heartache”).
For all of the different musical approaches Watson employs over such a large amount of songs, his goal to use his writing to make an emotional appeal to the listener is certainly intact. With two decades in music under his belt buckle, Aaron Watson’s ambition and drive is likely bigger and better sounding than it’s ever been.
Reviewed by Lauren Laffer for soundslikenashville.com.