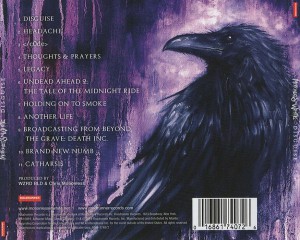 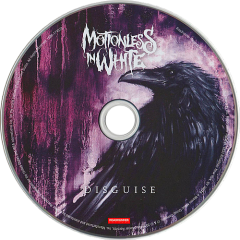 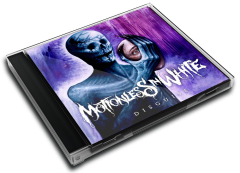 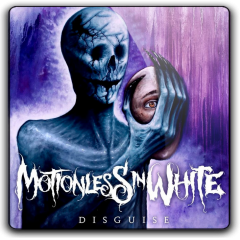 Disguise is the fifth studio album by American heavy metal band Motionless in White. It was released on June 7, 2019 through Roadrunner Records and was produced by Drew Fulk and Chris "Motionless" Cerulli. It is the second release on a major label since the band's departure from Fearless Records. The album's tracklist was revealed on April 17 together with the release of the two singles, "Disguise", which had been premiered at Earthday Birthday in Orlando a few days prior, and "Brand New Numb". It is the band's first album with Vinny Mauro on drums and former Ice Nine Kills guitarist Justin Morrow (although credited, neither of them perform on the album), who replaced Devin "Ghost" Sola on bass guitar, as well as the first album not to feature Josh Balz on keyboards.