We Are Not Your Kind 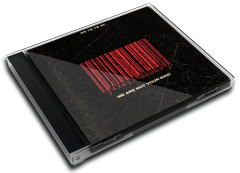 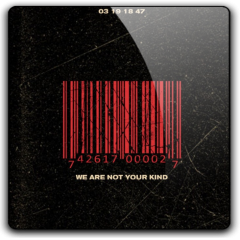 We Are Not Your Kind is the sixth studio album by American heavy metal band Slipknot. It was released on August 9, 2019, via Roadrunner Records. The album was produced by Greg Fidelman. The lead single, "Unsainted", was released on May 16, 2019, along with its music video. It is the band's first album since the firing of longtime member Chris Fehn. The title of the album is taken from a line in the band's standalone single "All Out Life", released on October 31, 2018; while not featured on the standard edition, it is included on the Japanese edition.

Background
Guitarist Jim Root said that the album is "the most time we've had to write a record, and work stuff out together" and that "while the industry is moving toward singles, Slipknot wanted to make an album experience, front to back."

Promotion
The music video for the lead single "Unsainted" was released on the internet on May 16, 2019. The video was directed by band co-founder Shawn Crahan. "Unsainted", along with "All Out Life" were performed on Jimmy Kimmel Live! on May 17, 2019. The music video for a second single "Solway Firth" (named after the firth on the Anglo-Scottish border) was released on July 22, 2019, and featured live footage from their 2019 performances as well as clips and audio from the upcoming Amazon TV series, The Boys.