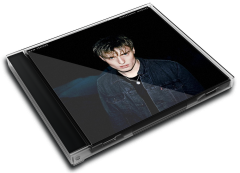 Hypersonic Missiles is the debut studio album by English musician, Sam Fender. The album was released on 13 September 2019 through Polydor Records. The album includes the singles "Play God", "Leave Fast", "Dead Boys", "That Sound", "Hypersonic Missiles", "Will We Talk?" and "The Borders". The album saw widespread critical acclaim as well as debuting at number 1 on the UK Official Albums Chart.

Background
Sam Fender grew up in North Shields in Newcastle upon Tyne. He started obsessing over Bruce Springsteen albums after his brother introduced him to the albums "Darkness on the Edge of Town" and "Born to Run". At the age of 13 he began to write his own music inspired by Springsteen as well as Oasis and Joni Mitchell. He started to perform open mic nights with his brother where he would cover Jimi Hendrix songs as well as noughties indie rock songs. After he turned 18 he began performing paid gigs at restaurants In 2010 he was spotted performing by Ben Howard's manager who quickly took him on as a client. Following brief acting roles on the shows Vera and Wolfblood, Fender released his debut single Play God on March 30th 2017 before re-releasing it in anticipation of his album in January 2019. It was Fender's first single to chart, reaching number 51 in Scotland and 89 on the UK Singles Chart. Play God was featured on the soundtrack for FIFA 19.

In 2018, Fender was placed on BBC's Sound of 2018 shortlist alongside Billie Eilish, Khalid, Lewis Capaldi and winner Sigrid. alongside Fender released his single Dead Boys which was premiered as Annie Mac's Hottest Record in the World. Fender released his debut EP Dead Boys on 20 November 2018 featuring the album tracks "Dead Boys," "That Sound" and "Leave Fast." Alongside the EP's release, Fender embarked on a UK headline tour which included 3 nights at "Omeara" in London. In 2019, Fender won the Critics' Choice Award at the Brit Awards.

On March 6th 2019, Fender released the title track of the album Hypersonic Missiles described by Fender himself as an "unorthodox love song." On July 6th Fender announced the album alongside the release of the single Will We Talk? As well as this, he announced his biggest UK tour to date which completely sold out and included two nights at O2 Brixton Academy and four nights at O2 Academy Newcastle. Following the album's announcement, Fender performed the fastest selling date ever at the Mouth of the Tyne Festival as well as supporting Bob Dylan and Neil Young at Hyde Park, London.

Music and lyrics
Hypersonic Missiles drew heavy comparisons to Bruce Springsteen due to Fender's "lyricism and his vignettes of working-class struggle." Many also drew comparisons to The Killers and Jeff Buckley blending elements of Americana, post-punk and pop rock. The title track was described by Fender as being inspired by a "newly developed Russian missile that travels at something like nine times the speed of sound" as well as describing the song's protagonist as being a "tin foil hatter." The track "The Borders" was described by Fender as his favourite song on the album and describes the "story of two boys growing up together and then going their separate ways." NME described the track as "chest-punching." The Guardian described the track's "hypnotic, motorik beats" as well as the drum machines on "You’re Not the Only One" to The War on Drugs. Fender tackles his own entitlement on the track "White Privilege" and has said that his white privilege "has affected my success, definitely, white boy with a guitar, fucking great, original, here comes another one."

"Dead Boys" tackles the theme of male suicide and mental health issues as a reaction to losing a friend to suicide. The track has been described as "stark" and "cathartic." The track "Play God" was described by Fender being "set in an alternate dystopian reality that shares similarities with our own world." "That Sound" was described as being a celebration of music and a not-so-sutble middle finger to the naysayers that tend to rear their heads as soon as things start to work out for you, especially back home. Clash Magazine described it as "crisp power pop, it soars towards the crunching chorus, a real ear-worm that stays stuck in your head for days."

"Saturday" was described by Fender at a gig at Electric Brixton in London as being about "hating your landlord." "Will We Talk?" was described as "a heady blast of high-octane, melody-packed, smash’n’grab rock’n’roll that launches from the traps at full pelt and doesn’t relent until the guitars and a string-section subside three minutes later." The track is about one-night stands and is inspired by "The Cut" nightclub in Newcastle. "Call Me Lover" is about infidelity and being 19, inspired by a girl that Fender previously knew. He also described the track as one of the few "pop songs" on the album. "Leave Fast" was described by The Line of Best Fit as "an excellent study on provincial fear." The track stems from the fear of staying in your hometown forever. The track "Use" was described by Pitchfork as entering Nina Simone-inspired territory.