When a Shadow Is Forced Into the Light 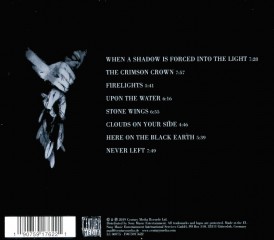 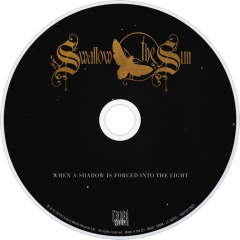 "When a Shadow Is Forced into the Light" is the seventh studio album by Finnish extreme metal band Swallow the Sun. It was released on January 25, 2019, by Century Media. The album deals directly with the death of Juha Raivio's partner, the singer Aleah Stanbridge.

User Album Review
It was just over three years ago that Swallow the Sun (StS) issued the hugely ambitious triple album Songs from the North. That the quality of the project matched its lofty ambitions was an impressive feat, and, in light of this towering achievement – as well as other commitments – you’d have forgiven the Finnish death/doom six piece if they had opted to take a longer break. Luckily for us, their lay off wasn’t too extensive, as they’ve chosen to once again grace us with their latest opus, When a Shadow Is Forced Into the Light.
This is certainly one of those instances where the title is indicative of the sound of the record. The second part of Songs from the North aside, this may be the most accessible Swallow the Sun have ever sounded, and yet, it’s one of their most depressing efforts yet. Perhaps it’s knowing the real life tragedy that Juha Raivio recently experienced, but the utter desolation of every note has never felt as genuine as it does on this album. It’s much like carrying an emotional weight whilst trying to act as if everything is normal; the music is frequently melodic, at times highly pleasant, but that undercurrent of devastation is always there. This sense of bleakness is vital to the album’s success, as it enables the band to be a bit more adventurous with their musical direction whilst retaining the ‘StS’ aura.
It would’ve been difficult to know where Swallow the Sun could’ve headed after Song from the North, such was the breadth of territory that three piece suite covered. When a Shadow Is Forced Into the Light is both a suitable summation of everything they have done so far, as well as indication that they are not afraid to enter unchartered waters in the future. A bleak album from a group whose future seems brighter than ever.
Reviewed by midlandsmetalheads.com.