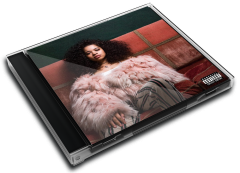 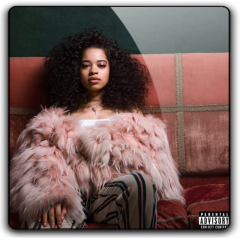 Ella Mai is the eponymous debut studio album by British singer-songwriter Ella Mai, released on 12 October 2018 through 10 Summers and Interscope Records. It includes the singles "Naked", "Boo'd Up" and "Trip". It is executive-produced by DJ Mustard.

"Boo'd Up" was originally included on Mai's 2017 EP Ready and reached number five on the US Billboard Hot 100 in July 2018. The follow-up single, "Trip", released in August 2018, has reached number 18. After her own headline tour of the United States, Mai will appear as a supporting act on dates of Bruno Mars' 24K Magic World Tour from 4 October leading up to the release of the album.

Background
In August 2018, DJ Mustard explained to Billboard that upon signing Mai, there was a plan to make three EPs and see if any of the songs caught enough public attention to make an album. Following the success of "Boo'd Up", DJ Mustard said: "So the plan worked. What people don't understand, this is like my little sister. This project coming is like my baby. I'm pressing for it more than my own shit. It's all about her right now."

Music
The album has been called a "throwback R&B record".