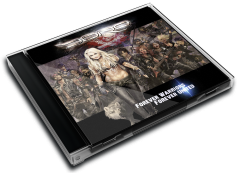 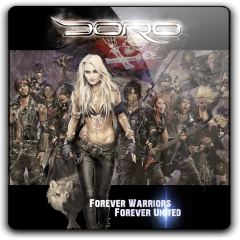 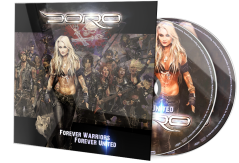 " Forever Warriors, Forever United" is a album by the German female heavy metal singer Doro, released on 17 August 2018 on the Nuclear Blast label.

User Album Review
Part blisteringly good metal, part peculiar choices, ‘Forever Warriors, Forever United’ picks up whatever slack might have been leftover in its first disc in its remarkable latter half. ‘Forever United’ is a collection of songs from Doro’s more soulful side and even echoes some of her work on the classic ‘Love Me In Black’ era. The ascending “Lift Me Up” lives among the best of the ballads while the unforgettable”1’000 Years”, the heartbreaking “Heartbroken” and the moving “Cuts So Deep” all play their part in the composition of this beautiful collection of songs. Cherry topped with a Lemmy inspired track aptly titled “Living Life To The Fullest” and a cover of Motorhead’s “Lost In The Ozone”, had she chosen to do so, ‘Forever United’ could have easily succeeded as a standalone album on its own merit.
‘Forever Warriors, Forever United’ is the most generous installment in Doro’s career to date. It welcomes a wide demographic and has enough well executed variances of Rock and Metal to please most, if not all who give it a spin. If stronger in some areas than others, the Queen of Heavy Metal has returned with a deep, daring and in some cases dazzling Doro record that will indeed further unite her loyal legion.
Reviewed by Carl O'Rourke for metalwani.com.