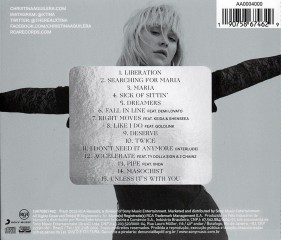 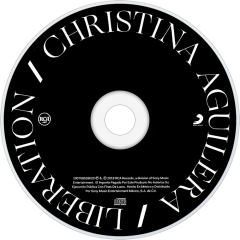 Liberation is the eighth studio album by American singer-songwriter Christina Aguilera. It was released on June 15, 2018, through RCA Records. It is Aguilera's first album in six years, following Lotus (2012). The singer started recording the album in late 2014, and throughout 2015 and 2017, Aguilera collaborated with a handful of producers and songwriters to reach her desired sound; Pharrell Williams and Linda Perry were in the studio in early stages and ended up not being on the album, while new collaborators such as Anderson Paak, Kanye West, Che Pope, Mike Dean and Tayla Parx were confirmed to be on the album. It features collaborations with Demi Lovato, Keida, Shenseea, GoldLink, Ty Dolla Sign, 2 Chainz, and XNDA.

Liberation was preceded by the singles "Accelerate" and "Fall in Line", and other two promotional singles, "Twice" and "Like I Do". Critical reception towards the album was generally positive, with music critics complimenting Aguilera's vocals, the album's experimental styles and the cohesive sound. Comercially, it performed moderately worldwide, and positioned within the top-ten in seven countries, including the United States, peaking at number six on the Billboard 200 chart.