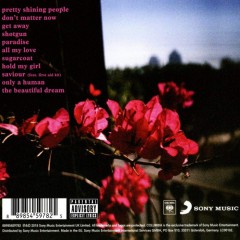 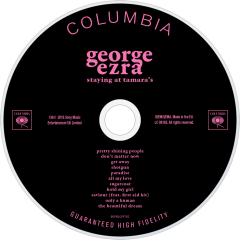 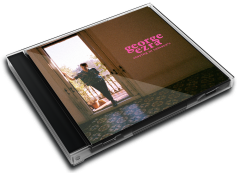 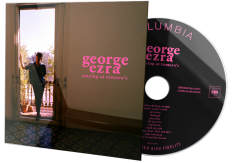 "Staying at Tamara's" is the second full length studio album by English singer-songwriter George Ezra and features a guest appearance from First Aid Kit. It was released on 23 March 2018 through Sony Music.
At Metacritic, which assigns a normalized rating out of 100 to reviews from critics, the album received an average score of 71, based on 9 reviews, indicating "generally favorable reviews".

Album Review
Opener ‘Happy Smiling People’ sees Ezra anchoring an infectious chorus around dark and world-weary lyrics: “What a terrible time to be alive if you’re prone to overthinking”, he croons, before offering a message of upbeat and hearty resilience (“Hey pretty smiling people, we’re alright together“). ‘Shotgun’ is another early standout, providing Ezra with the chance to prove that he’s far more than a identikit troubadour as he delves into Afrobeat rhythms a world away from his first record.
As the album progresses, the choruses get bigger – reaching their apex at the album’s midpoint with the defiant stomp of ‘Paradise’, an on-the-nose tale of headiness during the early stages of a relationship.
The emotional thread gets a lot more serious during the final third, notably on the soft cut ‘Hold My Girl’, which sees Ezra ditching the twanging guitars for his most soul-baring song yet – one destined to become first-dance material.
Maturity, however, is no bad thing – it provides one of the record’s strongest songs in ‘Saviour’, Ezra’s first collaboration with Swedish country sensations First Aid Kit. Like the theme tune for some imaginary neo-western, it perfectly combines Ezra’s deep vocals with the soulful vocal stylings of the Soderberg sisters.
Ultimately, it’s this blend of new-found maturity and crowd-pleasing choruses that transform Ezra’s second offering into the perfect progression from the sound of his debut.
Reviewed by Nick Reilly for nme.com.