Lost on the Road to Eternity 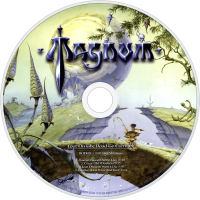 Lost on the Road to Eternity is the 20th studio album from the rock group Magnum. The album was released on 19 January 2018. The cover was painted by Rodney Matthews. It is the group's first album to feature Lee Morris on drums and Rick Benton on keyboards. It is also the longest studio album the band has released to date (not counting bonus tracks).

The album features Tobias Sammet on the title track, an artistic thank you by the Avantasia frontman for Bob Catley's numerous guest appearances on his albums.

Lost on the Road to Eternity became the first Magnum album to reach the Top 10 in the German charts and the second to do so in the Swiss charts, peaking at 8 in both. It also charted 15 in the United Kingdom, the band's highest position there since 1990.