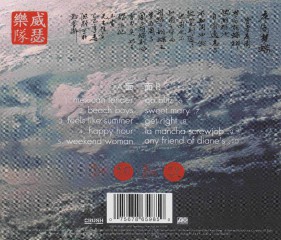 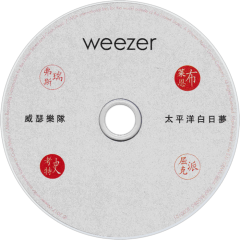 "Mexican Fender" opens Pacific Daydream with big, crunching arena rock guitars, but that's the only throwback thing about the album. A deliberate reaction to 2016's Weezer (White Album), a record where producer Jake Sinclair encouraged the band to act like it was 1994, Pacific Daydream is a thoroughly modern affair, complete with drum loops and electronic flourishes, all wrapped up in a shiny package. Despite all of this contemporary flair, Weezer aren't exactly pandering to a younger audience. Much of Pacific Daydream is gleaming mall-pop on par with Beck's Colors: music made by veteran alt-rockers who are as aware of trends as they are of their own middle age, so they try to split the difference between the two. Such concentrated fusion appeals to an eccentric like Rivers Cuomo, who cleverly writes a tribute to the Beach Boys that doesn't sound a thing like Brian Wilson and drops a reference to Stevie Ray Vaughan on a song that's designed to play during happy hours at chain restaurants. This odd subversive streak tends to alienate fans who prefer Cuomo's emo side -- a side that's not entirely absent here, but songs that start in that fashion usually wind up bending back to his current obsessions. That's the pleasure of Pacific Daydream: beneath its glossy surface, there's not only plenty of melody, but a perverse sense of humor that keeps the record from sounding too smooth and settled.