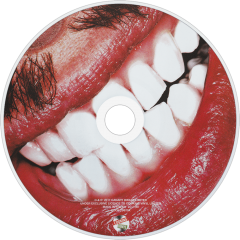 "Pinewood Smile" is the fifth studio album released by British hard rock band The Darkness. Produced by Adrian Bushby, released on October 6, 2017 and is the first album to be released by Cooking Vinyl. It is also their first album to feature Rufus Tiger Taylor on drums, after Emily Dolan Davies left the band in 2015.

User Album Review
With a more modern approach, the band really demonstrates their musical range yet also stick to their roots of classic rock. The guitars and drumming in this album are definitely more aggressive and evident than any of their previous work, which makes the album completely mind-blowing. The Darkness have been listening to a lot of George Harrison and Guns n’ Roses. Mix that with Bushby on this album, it really goes to show how they can play classic rock with a modern twist.
Pinewood Smile starts out with their hit, “All the Pretty Girls,” which vividly sets the tone of the whole beats-oriented and electrifying album. The heavy guitar riffs of “Buccaneers of Hispaniola” and the 80s big hair rock n’roll chant song “Solid Gold” where they sing, And we’re never going to stop/ shitting out solid gold illustrates the musical and humorous creativity that these guys can create.
The album also includes the 80s metal-like tune “Southern Trains” and the slower tune “Why Don’t the Beautiful Cry.” “Japanese Prisoner of Love” starts off with metal-like guitar riffs and then transitions to melodic rock verses and stays that way throughout the whole song. Other songs include the slower tune “Lay Down With Me, Barbera” and the super catchy and falsetto track “Wish I was in Heaven”
“Happiness” makes a person want to rewind to the best summer of their lives. The final track on the album “Stampede of Love,” is a slower tune that has a little folk feel mixed with some unbelievable guitar shredding and screaming which is a perfect way to end the album.
Reviewed by newnoisemagazine.com.