Savage (Songs from a Broken World) 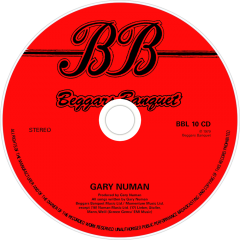 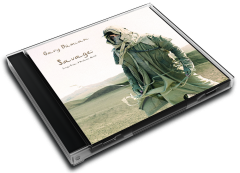 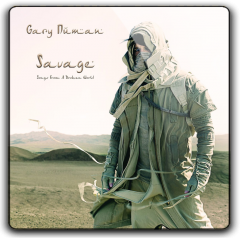 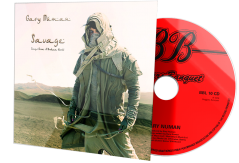 "Savage (Songs from a Broken World)" is the twenty-first studio album by English musician Gary Numan, released 15 September 2017 on the BMG label.
Savage (Songs from a Broken World) is a concept album centered around the blending of Western and Eastern cultures in a post-apocalyptic world that has become desertified as a result of global warming. "The songs are about the things that people do in such a harsh and terrifying environment," Numan stated in an interview. "It's about a desperate need to survive and they do awful things in order to do so, and some are haunted by what they've done. That desire to be forgiven, along with some discovered remnants of an old religious book, ultimately encourages religion to resurface, and it really goes downhill from there."

Album Review
There's a strong Arabian feel to the sound and the imagery involved with the album (anyone remember a time when an album's artwork was an important factor to it's release?). Opening track 'Ghost Nation' starts off quite atmospherically, all beats and twisted noises before Gary starts singing. The Numan of old relied on a cold, almost dispassionate voice reciting his lyrics of alienation. His voice now is almost used like an instrument, his vocal style shifts to suit what is needed by the song. What's surprising to me is how warm his voice has become , the timbre of his voice is comforting as the song explodes into the chorus, a series of warnings to the listener.
In a perfect world this album would sit amongst many end of year polls. The grand theme and sound deserve to be soaked up by as many people as possible. "Savage" offers up great songs and themes that pay you back with repeated lessons. It's an album that certainly lends itself to immersion and exploration.
Reviewed by Scott Hamilton for threesongsandout.com.