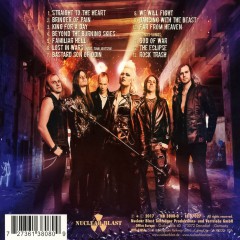 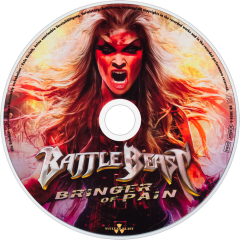 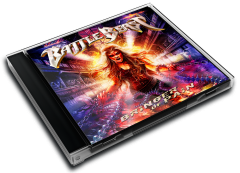 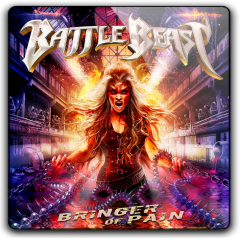 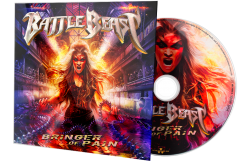 "Bringer of Pain" is the fourth full-length studio album by the heavy metal band Battle Beast, released in 17 February 2017 on the Nuclear Blast label.
Bringer Of Pain is Battle Beast's first release since Anton Kabanen – the group’s main songwriter left the band.

User Album Review
From angrymetalguy.com
At a concise 39 minutes, the first 8 of 10 songs fly by quite feverishly with several cuts demanding immediate replay. The sound is a bit too polished and glossy, with big, radio rock drum tracks and an over-emphasis on the keyboards. The guitars could use more sizzle and danger, but that isn’t what Battle Beast appear to be going for as indicated by the Xanadu-like penultimate track.
Bringer of Pain is a flawed but amusing slice of 80s metal. When it fires on all cylinders, it will keep you entertained while also conjuring your long-lost Members Only jacket. It’s easily the most endearing and consistent thing they’ve done since their debut and it gives a glimmer of hope for the future. Next time bring a bit more pain and a lot less polyester.