The Serenity of Suffering 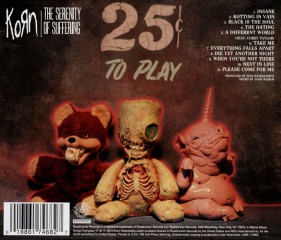 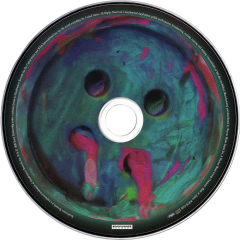 "The Serenity of Suffering" is the twelfth studio album by nu metal band Korn, released on October 21, 2016 on the Roadrunner label.
According to guitarist Brian Welch, it is "heavier than anyone's heard us in a long time" and that it contains their most intense music in a long time vocally as well. The artwork contains elements of Korn's fourth album, Issues, and was created by Ron English.
On its release, The Serenity of Suffering was met with reviews from music critics. At Metacritic, which assigns a normalized rating out of 100 to reviews from critics, the album received an average score of 70, based on 6 reviews, indicating "generally favorable reviews".
From a review by sputnikmusic ---- "The Serenity of Suffering is easily Korn’s most diverse release; featuring melody, aggression, new sounds and old staples in just about equal measures wrapped into some of the band’s strongest songs in years."