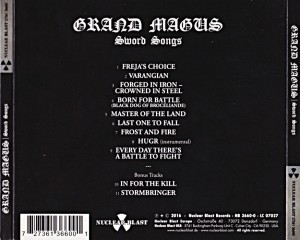 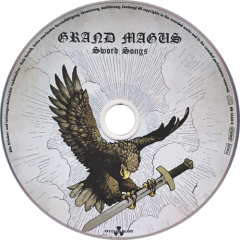 "Sword Songs" is the eighth full-length album by Swedish heavy metal band Grand Magus. It was released on May 13, 2016 on the Nuclear Blast label.
JB commented: “We put all of our sweat, blood and tears into this new album and I think that you can hear that. For me, "Sword Songs" is the best GRAND MAGUS album ever! The new songs are faster and more aggressive than on "Triumph And Power” - and we have also included some more extreme and harder stuff. I’m convinced that there are some future classics on the disc!".
Sword Songs was produced by Nico Elgstrand at Studio Supa in Stockholm, Sweden. The cover artwork was created by acclaimed artist Anthony Roberts.