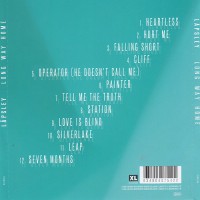 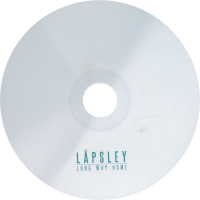 On her full-length debut Long Way Home, Holly Lapsley Fletcher, who performs as Låpsley, positions herself in the James Blake sector of the English indie electronic realm, offering emotional heft alongside a slow-gliding, piano-led atmosphere. Unlike some of her more ambient peers and with an eye toward mainstream pop, her vocals are mixed high throughout, delivering rhythmically active melodies via a melismatic style that's reminiscent of Adele. Speaking of Adele, the ballad "Hurt Me" -- a Top Ten hit in the U.K. before Long Way Home's release -- lands on a memorable, belted chorus that has the storyteller already anticipating that she'll never fully heal from a breakup that hasn't happened yet. This kind of emotional foreboding permeates the album. Sonically, while piano tones serve as the framework for most of the songs, other colors ally in the form of gently quirky melodic ornamentation, varied percussion sounds (synthesized steel drums, wood xylophone, finger snapping, and more), and warped electronic noises. Manipulated vocals, such as the alien background voice on "Falling Short," which is likely Låpsley mechanically slowed, also add texture and, along with the other timbres, prevent dullness from ever seeping into the record's mellow soundscape. A rare uptempo track, the disco-infused "Operator (He Doesn't Call Me)" still maintains the wistful, dampened feel of the record, as the singer vents about a long-distance relationship. If not a break-up album, a dreading-breaking-up album whose pace, palette, minor chords, and Låpsley's disquieted vocal performances all collaborate for a debut that's impressively locked into a distinct head space.