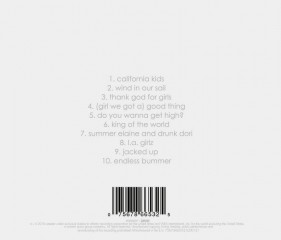 "Weezer", also known as The White Album, is the tenth studio album by the American rock band Weezer, released on April 1, 2016 on the Atlantic label. The album features the singles "Thank God for Girls" and "Do You Wanna Get High?", along with promotional single "King of the World".
According to Metacritic, The White Album has received an aggregated score of 74/100 based on 26 reviews, indicating "generally favorable reviews".