Girl at the End of the World 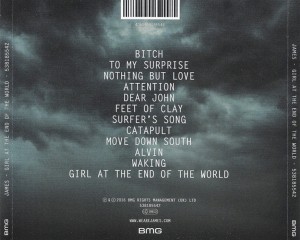 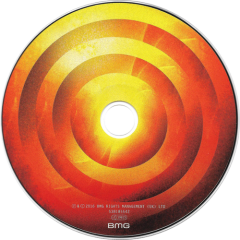 Girl at the End of the World is the 14th studio album by British rock band James. It was released on 11 March 2016, through BMG. The band spent three weeks in the Scottish Highlands working on new material for their album. Re-enlisting producer Max Dingel, who produced their previous studio album, La Petite Mort (2014), James spent five months between May and September 2015 recording in separate blocks. Long-time collaborator Brian Eno, and former member Adrian Oxaal, contributed instrumentation to the sessions. The album reprised its predecessor's electronic-centred songs and dance rhythm sections.
Girl at the End of the World received generally positive reviews from music critics, with some complimenting James' change in style. It peaked at number one in Scotland and number two in the UK, as well as charting in Belgium and Portugal. "Nothing But Love" was released as the lead single in March 2016, being followed by the second single "Attention" two months later. James promoted the album with a UK tour in May 2016, and appeared at a number of festivals over the succeeding few months. "To My Surprise" was released as the third single in April 2017, which was followed by UK festival appearances in July and August.