Funkyworld: The Best of Lipps, Inc. 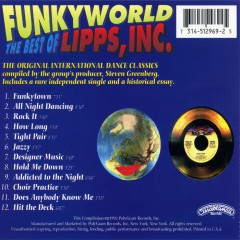 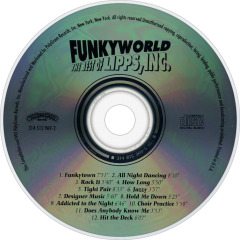 Generally perceived as a one-hit wonder group, this compilation culls the strongest compositions from Lipps Inc.'s entire output of three releases. While one can instantly raise an eyebrow as to the validity of these songs being perceived as hits, there are some admittedly strong cuts that would appease even the stiffest of critics. Production foreshadowing both the imminent arrival of electro and Minneapolis boogie is glazed with Cynthia Johnson's consistently passionate vocals. And though the true reason for most people to pick this up is the obvious anthem ("Funkytown"), patient listening and resisting the urge to hit the eject button are rewarded with previously undisclosed riches.