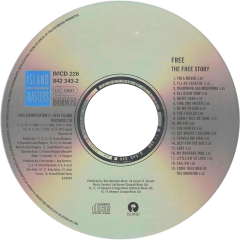 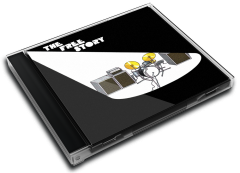 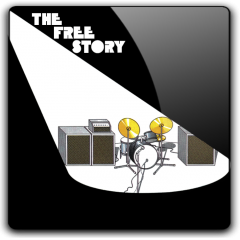 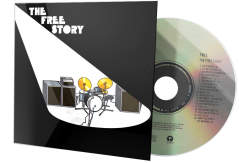 Although record sales never went along with it, Free were British rock at its pinnacle. Their studio albums were superb through and through, while the one live release perhaps represented the band at their peak. This best-of features the cream of Free's releases up to 1973. Extending past the easily accessible rock tracks into the realms of the bands quieter acoustic moments, as well as the more experimental areas of Free's material, The Free Story gives the whole picture of what Rogers, Kirke, Fraser, and Kossoff were about. The track selection well shows off the bands musical ability, from Paul Kossoff's vibrato-laden guitar to Andy Fraser's captivating bass playing. Indeed, few bands come close to the overall musicianship of Free. "Free left a legacy of enduring music which became a role model for much of which followed...The Free Story is testament to that heritage," declares the album notes. Few would disagree with that statement.