03) Deluge of Delusional Dreams: Act I: Cast Tem
04) Touching the Spheres of Sephiroth 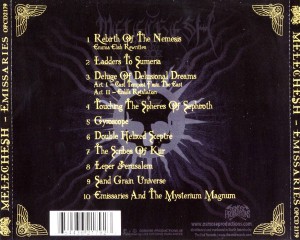 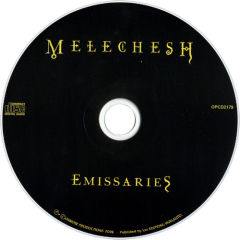 "Emissaries" is the fourth full length studio album by the black metal band Melechesh, released October 30, 2006 on the Osmose Productions label. The album introduces their new drummer Xul (who has been performing with them since 2004). The Album contains an instrumental Bonus Track - Extemporized Ophtalmic Release - it is not titled on the track listing but is number 11 on the CD, the given name of this track basically refers to it being an unplanned improvised jam.