Track List
01) Ghouls of Nineveh
02) Grand Gathas of Baal Sin
03) Sacred Geometry
04) The Magickan and the Drones
05) Mystics of the Pillar
06) When Halos of Candles Collide
07) Defeating the Giants
08) Illumination : The Face of Shamash
09) Negative Theology
10) A Greater Chain of Being
11) The Epigenesis 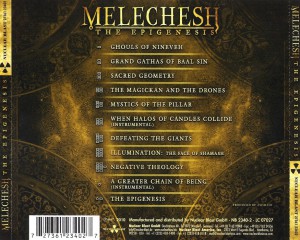 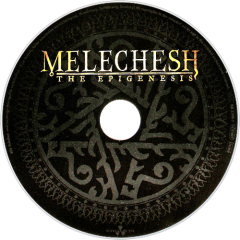 "The Epigenesis" is the fifth full length studio album by the black metal band Melechesh, released October 25, 2010 on the Nuclear Blast label.
Epigenesis was recorded in Turkey. Ashmedi explained that this decision was a fit with the band's general approach to music "We don't always do it by the book. We do it our way. Everybody does albums in the West, or travels from east to west to record their albums. We did it the other way around. We went from Europe to an Eastern country. Istanbul is a city where east and west blend"