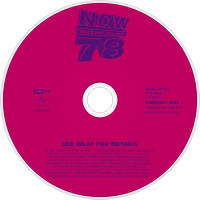 Now That's What I Call Music! 78 or Now! 78 is a double-disc compilation album that was released in the United Kingdom on 11 April 2011 on CD and downloadable formats. The album is the 78th edition of the UK Now! series.