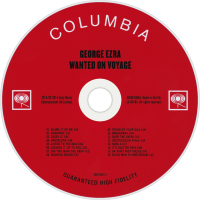 Wanted on Voyage is the debut studio album by British singer-songwriter George Ezra. It was released in 30 June 2014. It was produced by Cam Blackwood at Voltaire Road Studios, Clapham, London and mixed by Cenzo Townsend at Decoy Studios, Suffolk.